At present, there are no official specs of this series. However, numerous speculations and rumors already give us a clue with what to expect. According to Xiaomi’s VP, Chang Cheng, this series will use Snapdragon 865 + LPDDR5 + UFS3.0. These are official so we expect them for sure. As of now, we already know what these devices look like. A recent leak of the Xiaomi Mi 10 Pro shows that this smartphone comes with four-curved surface design and has a high curvature.

It is worth noting that in addition to Samsung Display’s repost of the Mi 10 series Weibo post, companies like Samsung ISOCELL, Huiding, Zhuhai Guanyu (Battery), and Micron Semiconductor also forwarded Xiaomi Mi 10 Weibo post. From this, it is clear that Xiaomi Mi 10 uses technology from diverse companies. The camera, fingerprint recognition, battery, storage chip, and more relies on different suppliers. 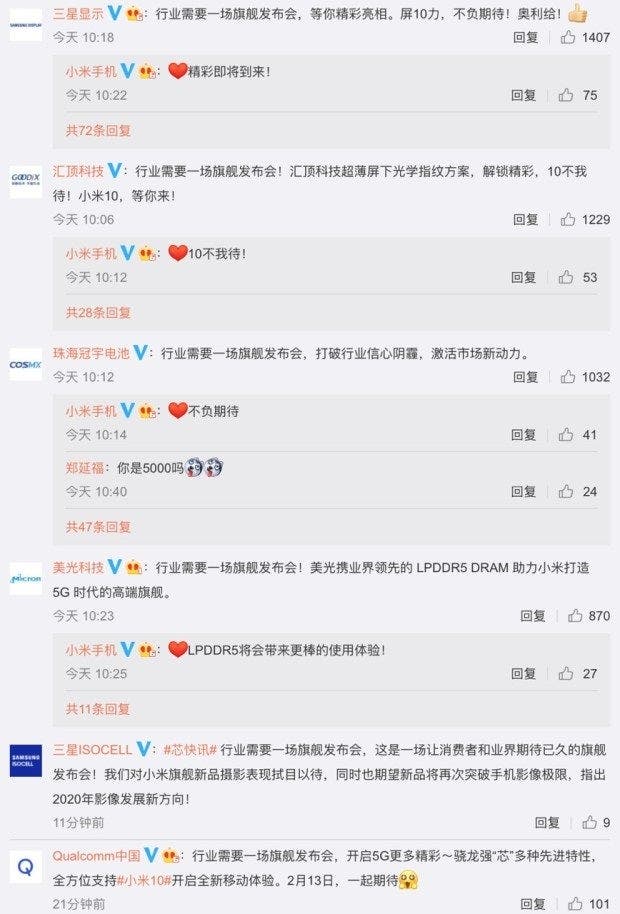 In all of these, the Mi 10 series will not be cheap. Xiaomi CEO, Lei Jun, said that the company is focusing on quality rather than price.

This smartphone launch conference starts at 14:00 on February 13th. The company will use an online launch event to unveil this smartphone.

Next Motorola guarantees that the Razr 2019 can fold for several years!