A few days ago, we learned about a new smartphone by Motorola that appeared on GeekBench. This was a clear hint that the phone is ready to hit the market and is being passed through the last tests. Today, the company officially uncovered the Moto G8 Power, a mid-range smartphone with a number of amazing features.

This phone is equipped with a 6.4-inch IPS 19:9 ratio punch-hole screen. The opening on the front hosts a camera of 16MP resolution.

On the back, the Moto G8 Power sports a quad-camera, which consists of a 16MP main sensor, an 8MP super-wide-angle lens at 118°, an 8MP telephoto lens supporting 2x zoom, and a 2MP (2cm) macro sensor. The fingerprint recognition module is also located under the Moto logo on the back of the fuselage. There are also two speakers. The benchmark listing also confirmed that the device will come with vanilla Android 10 straight out of the box. It has just a few of Motorola’s specific modifications. 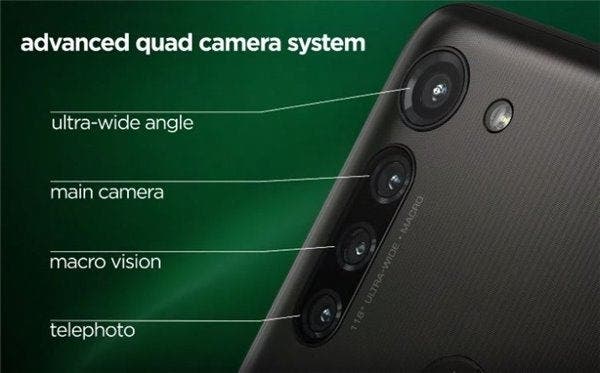 Under the hood, the phone carries a bit old Snapdragon 665 chipset and 4GB RAM and 64GB storage space. The latter can be expanded through the microSD card slot. One of the main highlights of the device is a 5,000mAh battery and an 18W charger in the box. Motorola says it can last up to three days on a single charge.

The G8 Power comes in two colors, Smoke Black and Capri Blue. It is priced at $249 in the United States. Like the G Stylus, it is expected to arrive later this spring.

Next OnePlus 8 / Pro will arrive early - adds a green version