If you consider yourself a video game lover you should know the Crash Bandicoot saga. This comic character has spent many years on different platforms such as consoles, computers or portable consoles. We remember it now with nostalgia, but years ago Crash Bandicoot games sold for millions. There are many users who have requested games of this character for mobile, something that has not come true so far. Of course, today we have very good news for you. Activision is developing a Crash Bandicoot for Android. Yes, as you read it, this game will reach mobile with touch screens.

It was a matter of time, because it is a game remembered by all lovers of video games and will surely get millions of downloads by people in a short time. The game is not yet official, but there is evidence of its development that has been seen in leaks. We can even take a look at the gameplay thanks to some screenshots.

This will be the first mobile game of Crash Bandicoot 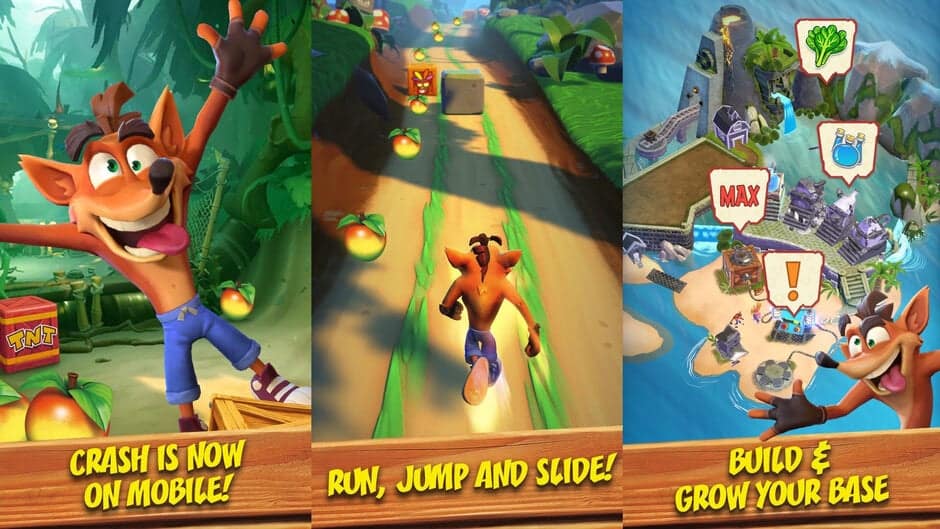 There are many details of the game that we still don’t know. Moreover, the official name has not even been revealed. We do know that King is developing it under the control of Activision. This development team is the same that is behind games like Candy Crush.

The date of publication in app stores and many other details are unknown. Of course, we know what kind of gameplay the game will be based on. The leaked captures make it clear that we are facing a Temple Run-style game. It will be based on an infinite obstacle course and you will compete against yourself to overcome your best record.

For now, you can expect a free Temple Run-style game and completely set in the world of Crash Bandicoot. We expect it to be an interesting game for all video game lovers.

Previous iQOO 3 5G Spotted on GeekBench, It's Powered by a Snapdragon 865