While Vivo sends out email informing the press that they won’t be attending this year’s MWC due to Coronavirus concerns, their daughter company – iQOO – does instead makes the news with their upcoming iQOO 3 5G flagship phone.

iQOO 3 5G Spotted on GeekBench, It’s Powered by a Snapdragon 865 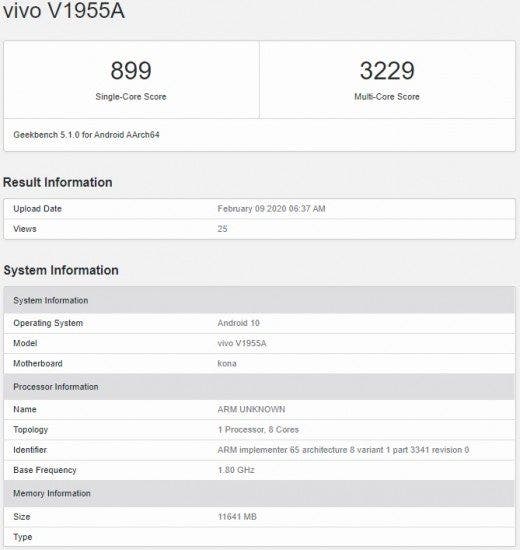 The handset has indeed surfaced over on the renown benchmarking platform GeekBench; basically confirming its main specs. The benchmark we can see above suggests we’re looking at a Qualcomm Snapdragon 865 powering up the phone; with scores being 899 in single core mode and 3229 in multi core mode. If the scores look “low” is simply because the tests were performed on the latest GeekBench version 5.

Additionally, the benchmark also confirms the smartphone will be available in a variant with a whopping 12GB of RAM; and it’ll run Android 10 out of the box. 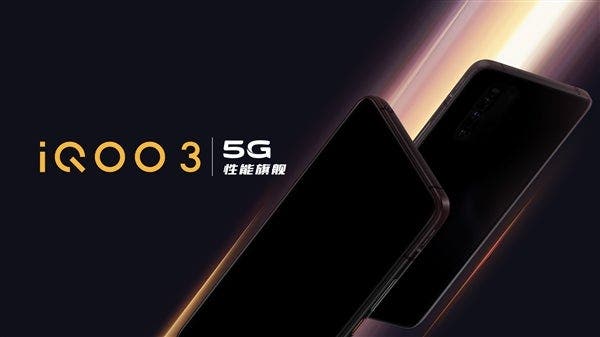 As far as other specs are concerned, iQOO’s general manager, Zeng Kunpeng, previously confirmed that the iQOO 3 5G will be boasting the new generation UFS 3.1 memory chips. UFS 3.1 manages to achieve higher write performance and lower power consumption compared to UFS 3.0; along with a more stable management system. The fast internal storage will also be paired with the latest LPDDR5 RAM, a faster and more energy friendly technology that should further improve battery life.

iQOO’s flagship is then expected to pack a large 6.44-inch AMOLED panel with a punch-hole camera. Meanwhile in the camera department, the image recently released by the company over on Chinese social Weibo suggests that we’ll find a total of four cameras, with a primary sporting a 48MP image sensor. The sensor is most likely a Sony IMX686, although they could have cut costs by using older chips. The other three are instead lower resolution sensors for ultra wide angle, telephoto and depth sensing.

Finally, iQOO should bring a large battery 4410mAh; with support for 55W fast charge. Of course, we’ll also find dual mode support for the next generation network standard – 5G – both for SA and NSA networks.

Next Crash Bandicoot is coming for Android: this is how the game looks