Chinese manufacturing giant, Huawei, is getting set to unveil its latest flagship – Huawei P40 series. There are reports that this series will have a “Plus” version. Sometime last month, we saw a spy image of the Huawei P40 Pro in a subway. In the absence of official reports, we have some multi-angle renders of the P40 Pro which gives us some insight into this device. 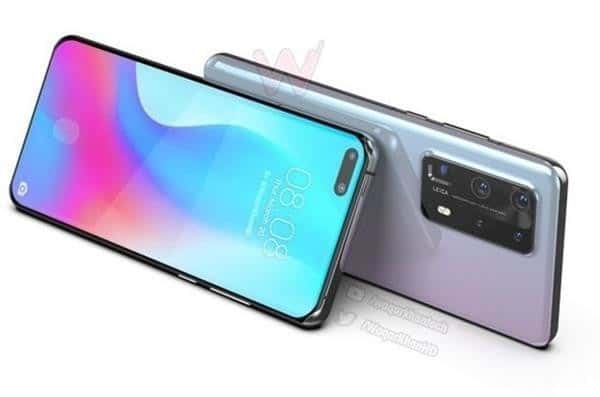 The latest renderings show that it is basically consistent with the previous exposure. The new render of the Huawei P40 Pro uses a punch-hole four-curved full-screen design. The dual front camera is at the upper left corner. The sides of the screen will use waterfalls similar to Huawei Mate 30 Pro Full-screen design. However, the arc may be slightly smaller than the latter. In addition, to the larger arc on both sides of the screen, the top and bottom also have a certain arc. This design gives the smartphone a “round” feel. On the rear, we can see the Penta Leica cameras. 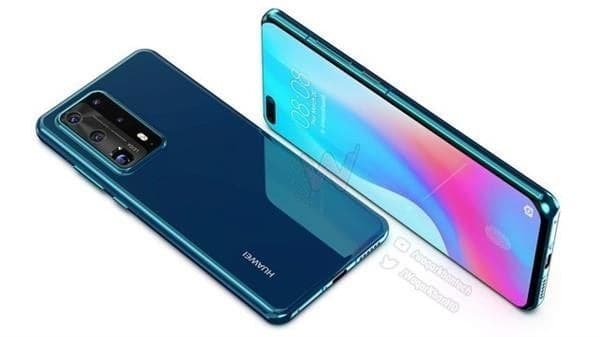 From what we know, the Huawei P40 Pro comes with a 6.5-inch OLED curved screen display. Under the hood, we have a Kirin 990 SoC as well as a Balong 5000 5G baseband chip. This phone also has up to 12GB of RAM, a battery capacity of about 5000 mAh (support for 50W HUAWEI SuperCharge), and a wired / wireless dual flash charging. It will run on EMUI 10 on top of Android 10 but still without Google Mobile Services. The Huawei P40 Pro rear camera module has a total of five lenses, one of which is a periscope telephoto camera that supports 10x optical zoom and it is certified by Leica. The focal range covers the equivalent 18mm – 240mm. It also has a 52MP Sony custom RYYB CMOS with a 1 / 1.33-inch outsole, an ultra-wide-angle lens, a macro lens, and a ToF lens. According to Yu Chengdong, the Huawei P40 series will be released in France in March 2020