Following the official announcement of the Xiaomi AIoT router AX3600, the company recently released relevant configuration information about this flagship router. The official said that the new generation Wi-Fi 6 router (Xiaomi AIoT router AX3600) supports dual-band concurrency, with a theoretical rate of up to 2976Mbps. It supports OFDMA technology and transmits data for multiple terminal devices simultaneously. This makes the router much more efficient. Furthermore, the Xiaomi AIoT router AX3600 also supports MU-MIMO technology. With this, the router multiple antennas can serve multiple devices at the same time. This makes the users internet connection smoother. 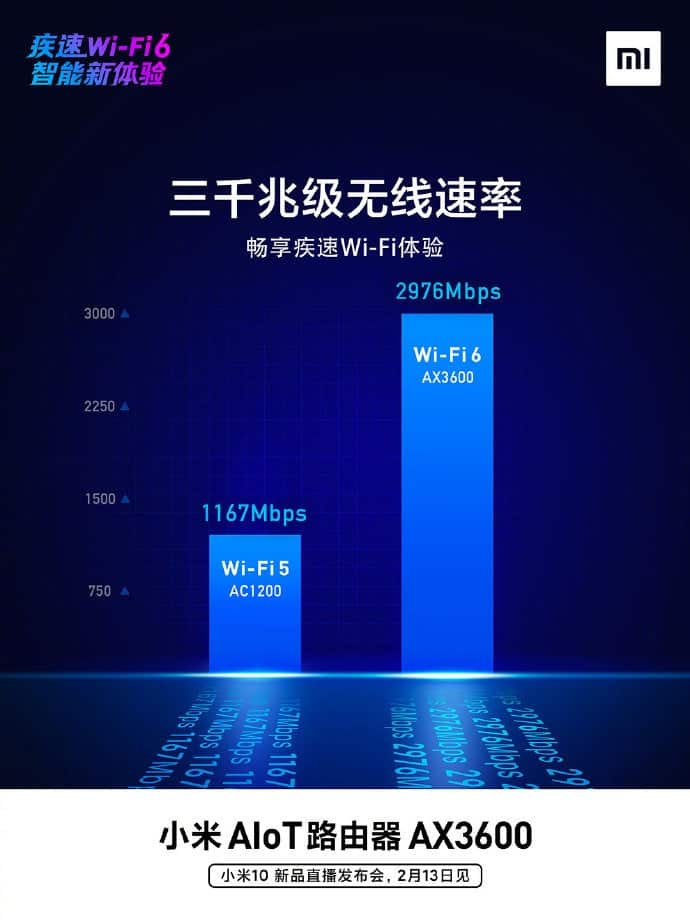 According to Xiaomi, the Xiaomi AIoT router AX3600 is the perfect partner for Xiaomi 10. In addition, the Xiaomi router AX3600 comes with a Qualcomm 4 core A53 1GHz chip. It also has 6 high-performance external signal amplifiers for better wall penetration. Furthermore, the router’s 2.4GHz band and 5GHz band uses two and four external high-performance signal amplifiers respectively. This is to further ensure that it has little or no wall interference. 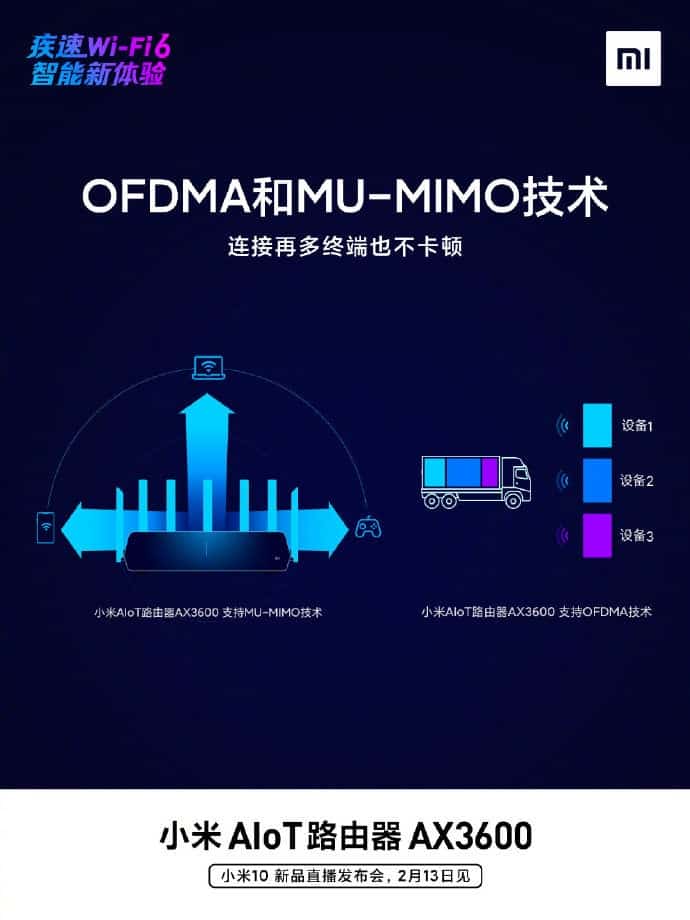 At present, Xiaomi Mi 10 has confirmed that it will have its launch event online on February 13. Presently, it is on appointment at Jingdong Mall.

According to Lei Jun, with the support of Snapdragon 865 and the new ISP, the Xiaomi Mi 10 achieved four times the computing performance. In addition, LPDDR5 memory and UFS 3.0 flash memory are also fast. This means that the useability will be fast. Lei Jun also said that the HEIF format reduces the file size by at least 50% while maintaining image quality.