Today, Xiaomi officially confirmed that indeed, the Xiaomi Mi 10 series will use the 108MP main camera. The Xiaomi Mi 10 will also come with a Snapdragon 865 ISP which increases the computing speed by almost 4 times. With the addition of AI computing photography, users can easily take high-quality images. In addition, Xiaomi Mi 10 also adds support for Flicker, HEIF, OIS, and other functions to make photo details better. The imaging system of this series supports 120-frame slow-motion selfies. It also supports super night scene mode with a 2.35: 1 movie format. 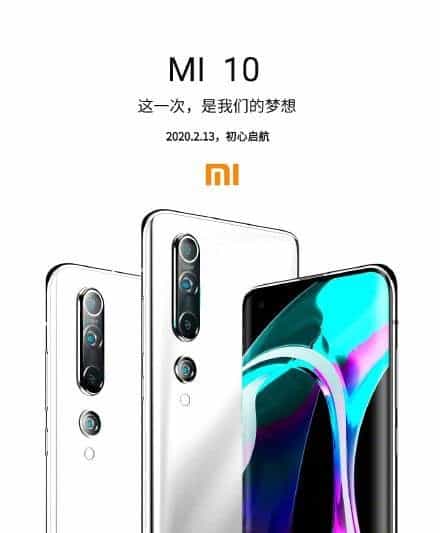 According to the available information, the Mi 10 series will use a quad-rear camera configuration. Specifically, we will have a 108MP main camera + 48MP + 12MP + 8MP sensors. Furthermore, this smartphone will also come with a 50x zoom capability.

According to Lei Jun, with the support of Snapdragon 865 and the new ISP, it has achieved four times the computing performance. In addition, LPDDR5 memory and UFS 3.0 flash memory are also fast. This means that the useability will be fast. Lei Jun also said that the HEIF format reduces the file size by at least 50% while maintaining image quality. What do you think about the Xiaomi Mi 10 series? Will this Xiaomi flagship be a hit in the market? Let us know your thoughts in the comments section below

Previous Windows 7: a major bug prevents turning off or restarting the PC