A large wave of Snapdragon 865 new phones will debut this month. Among them, we can mention the Samsung Galaxy S20 series, Xiaomi Mi 10 series, OPPO Find X2 series, Nubia Red Devils 5G gaming phone, Realme X50 Pro, iQOO 3 5G and so on. As for the latter, today, the company issued an official statement concerning the first 2020 flagship. 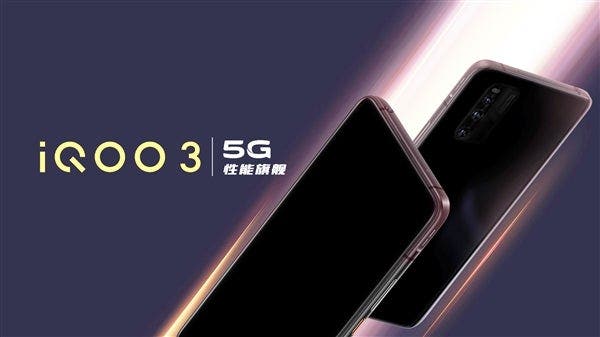 At the same time, the manufacturer released the iQOO 3 5G poster. After PhotoShop processing, it can be found that the iQOO 3 has a matrix camera shape on the back and a 3.5mm headphone jack on the top.

More importantly, the iQOO 3 5G debuts UFS 3.1 flash memory. It is reported that UFS 3.1 achieves higher write performance, lower power consumption and more stable performance management. By the way, earlier the Xiaomi Mi 10 was said to come with such flash storage. But later, the company officially denied this news, saying their flagship will sport the UFS 3.0, which has a twice faster read and write speed than the previous generation model.

In terms of key hardware features, the iQOO 3 5G uses a 6.44-inch AMOLED display with a resolution of 2400 × 1080. It is equipped with the Qualcomm Snapdragon 865 flagship platform. There is also up to 12GB memory,  256GB storage, and 4370mAh battery. And when it comes to photography, the phone sports a 16MP front-facing camera and a 64MP + 13MP + 13MP + 2MP quad-camera. At the same time, according to the information of the National Quality Certification Center exposed in January, a new 5G model V1955A has obtained 3C certification. This machine is equipped with a new charger model V5550L0A0-CN and supports 55W super flash charging technology. There is every reason to think we are talking about the same model.

The machine will be officially released this month. If taking into consideration the current epidemic situation, the iQOO 3 5G may be shown live online.