OnePlus is getting ready to unveil a new duo of smartphones dubbed OnePlus 8 and 8 Pro. These devices have been target of multiple leaks in the past weeks. We basically have a clear picture of how they will look like thanks to the many leaked renders. Moreover, some of the specifications have been circulating in the web thanks to many rumors. Back in the last month, we saw the OnePlus 8 Pro – model number IN2023 appeared through GeekBench with Snapdragon 865. Now a second device, presumably the vanilla OnePlus 8 with IN2025 model number has done the same way bearing the same chipset. 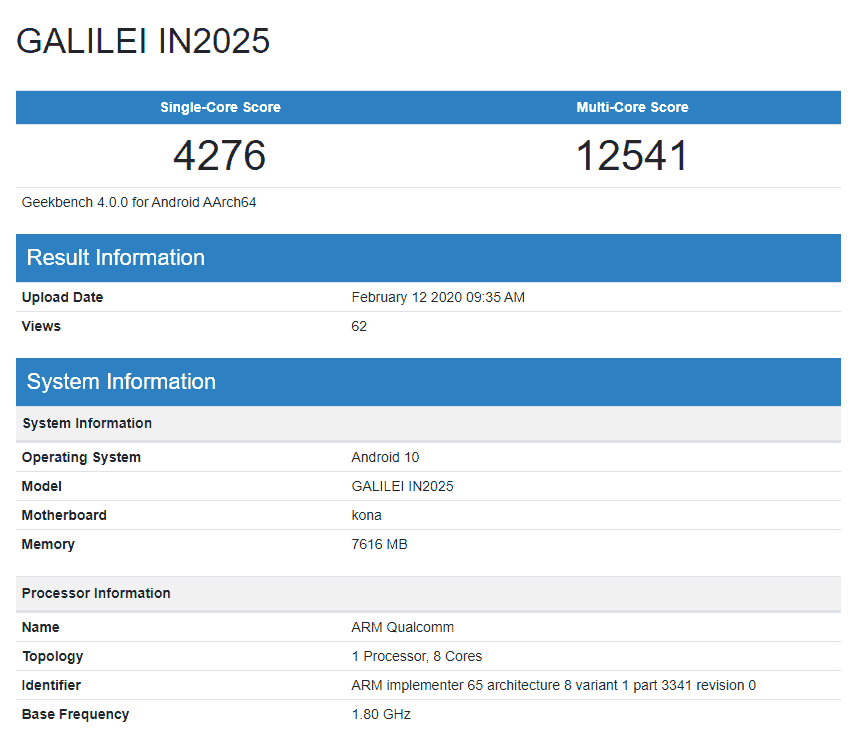 The score achieved by the Snapdragon 865 may seem extremely impressive. However, take note that these scores above are based on GeekBench 4.0. Nowadays, most of the benchmarks in the platform are performed with GeekBench 5.0 which uses different number standards. Despite this, we can already assume that both variants will have similar performance. However, things are different on the RAM side.

While the Pro variant features 12GB of RAM, this one is packed with 8GB of RAM. That doesn’t mean that the vanilla variant will not come in a 12GB RAM flavor, however, for now we have only the 8GB variant confirmed. According to rumors, OnePlus may make the jump to the new trending 16GB of RAM with the late 2020 McLaren edition.

Currently one of the major questions is whether OnePlus will reserve the 120Hz screen for the Pro model, leaving the vanilla device at 90Hz, or if both models will use the new panel. Rumors also indicate that there will be a new 50W charger, perhaps in both variants. According to rumors, the OnePlus 8 and 8 Pro will be announced in late March or April instead of the usual reveal in May.

Previous Huawei asks the U.S. to provide evidence and not use the media to spread rumors