Following the exposure of iQOO 3 5G AnTuTu running points, an image of this smartphone recently appeared online. Unlike previous posters, this new image directly shows the back design of iQOO 3 5G. From the image, this smartphone uses a matrix rear four-camera solution with a convex lens module. At the same time, the bottom left corner of the rear retains the “iQOO” brand logo. There is a lock screen key + volume adjustment key on the right border of the device. The iQOO 3 5G phone will arrive at 14:30 on February 25th. According to previous reports, the iQOO 3 will use a Snapdragon 865 5G SoC + UFS 3.1 flash memory + LPDDR5 memory. It is compatible with 5G dual-mode SA + NSA networking and also support n1 / n3 / n41 / n77 / n78 / n79 six-band. 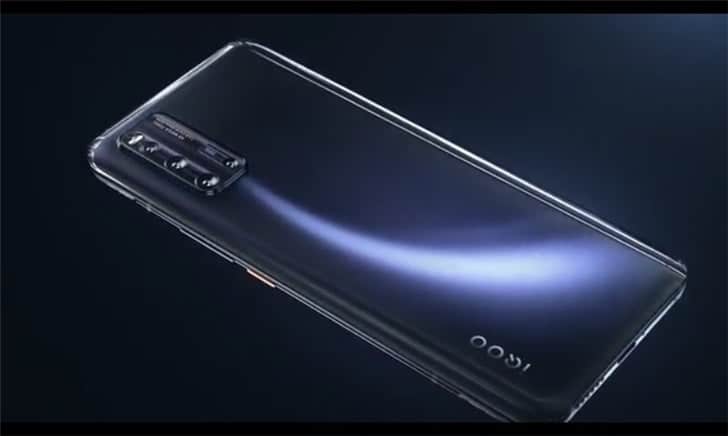 As far as other specs are concerned, iQOO’s general manager, Zeng Kunpeng, previously confirmed that its new phone will boast  the new generation UFS 3.1 memory chips. UFS 3.1 manages to achieve higher write performance and lower power consumption compared to UFS 3.0; along with a more stable management system. The fast internal storage will also be paired with the latest LPDDR5 RAM, a faster and more energy-friendly technology that should further improve battery life.

iQOO’s flagship is then expected to pack a large 6.44-inch AMOLED panel with a punch-hole camera. Meanwhile, in the camera department, the image recently released by the company over on Chinese social Weibo suggests that we’ll find a total of four cameras, with a primary sporting a 48MP image sensor. The sensor is most likely a Sony IMX686, although they could have cut costs by using older chips. The other three are instead lower resolution sensors for ultra-wide-angle, telephoto, and depth sensing. Finally, iQOO should bring a large battery 4410mAh; with support for 55W fast charge. Of course, we’ll also find dual-mode support for the next generation network standard – 5G – both for SA and NSA networks.