A couple of days ago, Samsung finally unveiled its much-anticipated Galaxy S20 lineup and Galaxy Z Flip. The Galaxy Z Flip is the company’s second iteration of the foldable smartphone. Unlike its predecessor, the Z Flip folds upside down just like the Motorola Razr. Soon after the launch, the device went on its first sale in the US and South Korea. Turns out, the device sold like hotcakes and ended up out of stock soon after. The smartphone is presently out of stock on the company’s official US website along with on Best Buy. Even in South Korea, the Galaxy Z Flip went out of stock in just 30 minutes through local carrier LG U Plus. 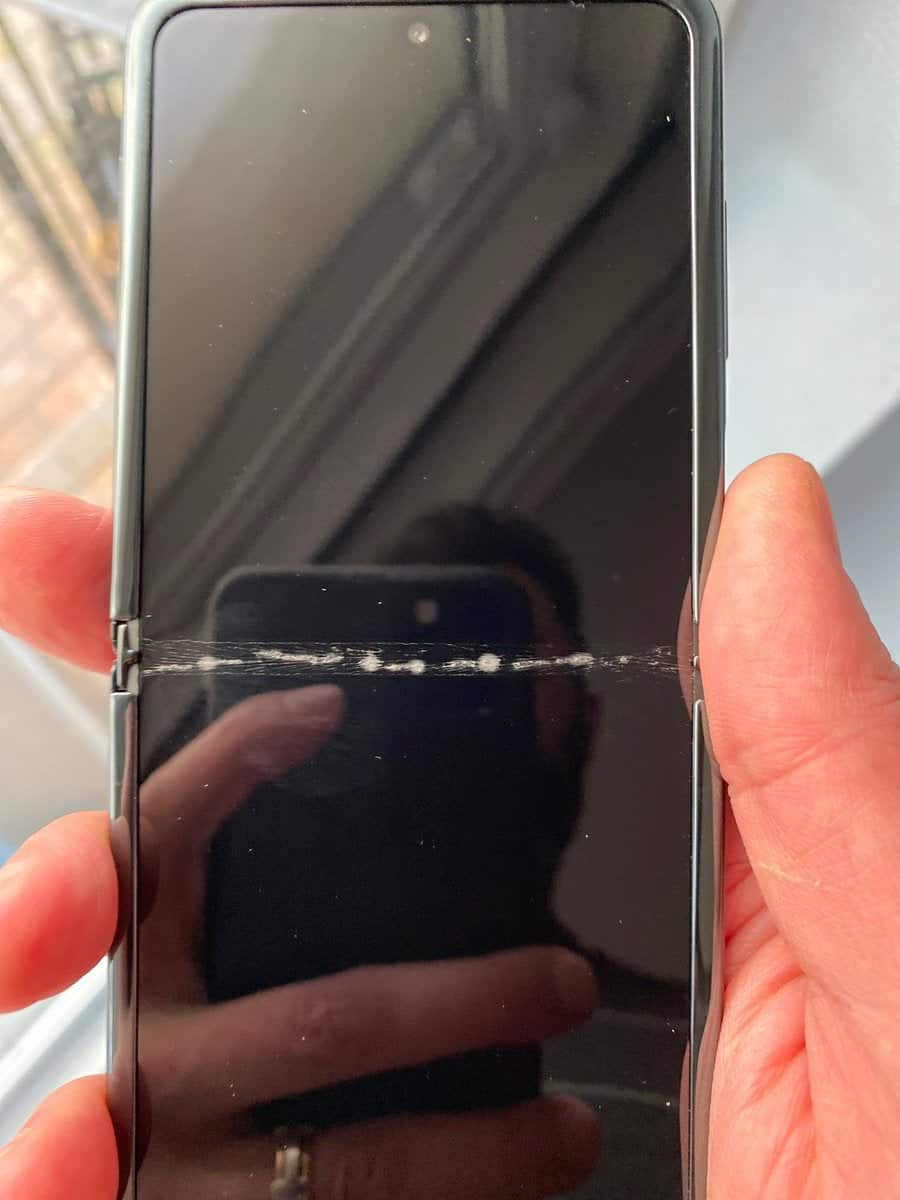 Since the first batch of this smartphone has about 20,000 units, it means that a good number of buyers already have the Samsung Galaxy Z Flip on their hands. However, just like the Galaxy Fold, the Galaxy Z Flip seems to be fragile.

How did the defect appear on the Samsung Galaxy Z Flip?

A user (@mondoir) who bought this smartphone took to Twitter to explain his ordeal with the Samsung Galaxy Z Flip. His words

“Received my Samsung Galaxy Z Flip just now. Opened the box. Removed the protective/instruction film. Flipped the phone as you would do since it’s a flip phone and this happened. I heard the crack as well. Cold weather?”

Received my Samsung Galaxy Z Flip just now. Opened the box. Removed the protective/instruction film. Flipped the phone as you would do since it’s a flip phone and this happened. I heard the crack as well. 😰 cold weather?#SamsungGalaxy #ZFlip #samsung pic.twitter.com/j8KLL2vm8d

Samsung has since replied to his tweet and requested more information so it can look into the issue. However, we are not entirely surprised by this development. Even before the official release of this device, leaked images show that the hinge display obvious creases, a situation that Samsung’s “ultra-thin glass” is supposed to solve.

This is the first known case of the Galaxy Z Flip cracking upon flipping. Could it be cold weather like the user thought? Probably not. Recall that with the Galaxy Fold, users were not supposed to remove the protective film. This could probably be the case with the Galaxy Z Flip. Nevertheless, it hurts to see a roughly $1500 device getting a defect even before actual use.

Next Sony PS5 is facing some real difficulties - price may rise