Today, a blogger said on Weibo that the successor of the Galaxy Fold, code-named ‘Champ’, will use the under-screen camera technology for the first time. And it should hit the market no later than July. This completely changes the rules of the game because OPPO and Xiaomi have already demonstrated their own in-screen camera technologies.

Initially, we have been thinking that the OPPO Find X2 will be the world’s first smartphone with in-screen camera technology. Later similar assumptions were about the upcoming Xiaomi products. But Lu Weibing said in an interview that with the current technical capabilities, they could not find an effective solution that combines display functions and camera functions. There is still a long way to go to achieve mass production.

Anyways, we have heard Samsung is going to release its first smartphone with an in-screen camera in 2020. And now, it turns out Samsung may outrun all of its competitors.

The blogger also believes that ll production of Champ is carried out at the Gumi Plant in Gyeongbuk, South Korea. By the way, the original Fold is produced in Vietnam. The price is expected to be the same as the Fold. 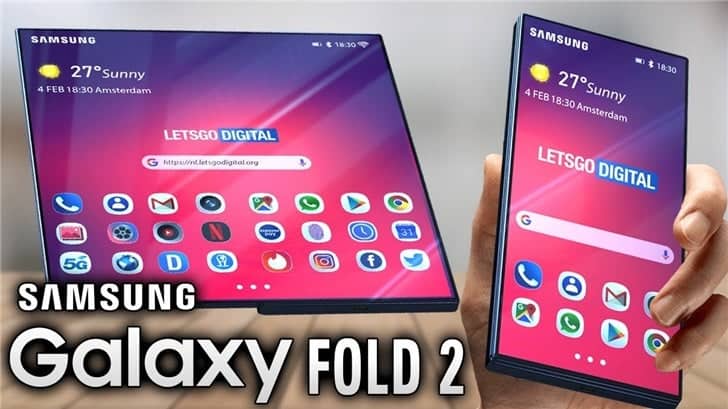 Recently, Desperate Vision jointly released a report called ‘2019 Smartphone Imaging Technology Application Observation and Trend Analysis’. The white paper believes that with the mature application of artificial intelligence technology in the field of smartphone photography, imaging technology has become one of the important indicators affecting phone sales. So it predicts that changes in the field of smartphone imaging applications in 2020 will mainly focus on AI algorithm chip-based acceleration products. ToF lenses will increase significantly, cameras and sensors will continue to innovate, and screen cameras will be 2020.

Next OPPO Smartwatch Showcased by OPPO Executive Once Again