As expected, Samsung has finally launched its new mid-range smartphone dubbed Galaxy A71 in the Indian market. As the name suggests, the smartphone is the successor of the previously launched Galaxy A70. For those who’re unaware, the device has already been launched in the Vietnamese market. Here is everything you need to know about the device.

The Galaxy A71 smartphone comes in a single storage variant featuring 8GB RAM and 128GB onboard memory. The phone is available in three different color options namely Prism Crush Silver, Blue, and Black. The device will set you back INR 29,999 which is roughly $420. The device will be up for grabs starting from February 24 on the major e-commerce platforms and offline retail stores. 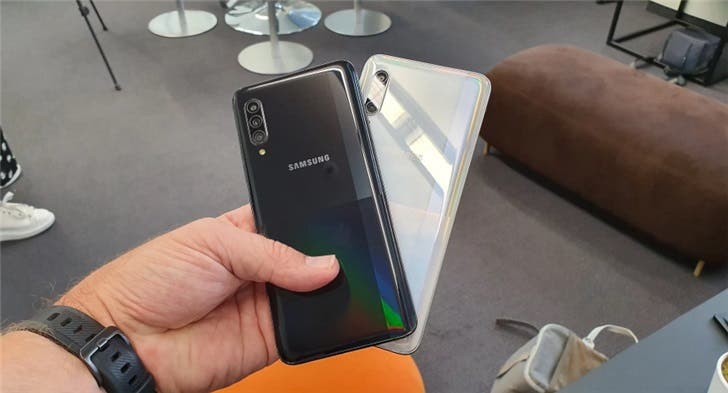 Talking about the specifications, the device features a 6.7-inch Super AMOLED Infinity-O display having a punch-hole cutout in the middle. The display has a resolution of 2400×1080 pixels. Under the hood, the phone runs on the Snapdragon 730 chipset paired with Adreno 618 GPU. As mentioned earlier, there is an 8GB RAM and 128GB storage which is expandable via microSD card to up to 512GB.

In terms of optics, there is a quad-camera module consisting of a 64MP primary sensor, 5MP macro lens, 12MP ultrawide lens, and a 5MP depth sensor. For selfies, there is a 32MP front snapper hidden inside the cutout. Backed by 4,500mAh battery, the device runs on the latest One UI 2.0 based on Android 10 operating system. The device also comes with a 25W fast charging support along with Dolby Atmos for the immersive audio experience.

Read Also:  Galaxy S20 series skip the beta, to get the stable One UI 4.0 update

Other specifications include Dual 4G VoLTE, Bluetooth 5.0, Type-C port for charging and NFC for mobile payments.