A few days ago, Android 11 developers’ preview was officially launched. This system comes with many new features that will make it more convenient than its predecessor. After testing, some developers realized that the Bluetooth audio decoding format option box has been optimized. The new system can identify the decoding types which a Bluetooth audio device actually supports. 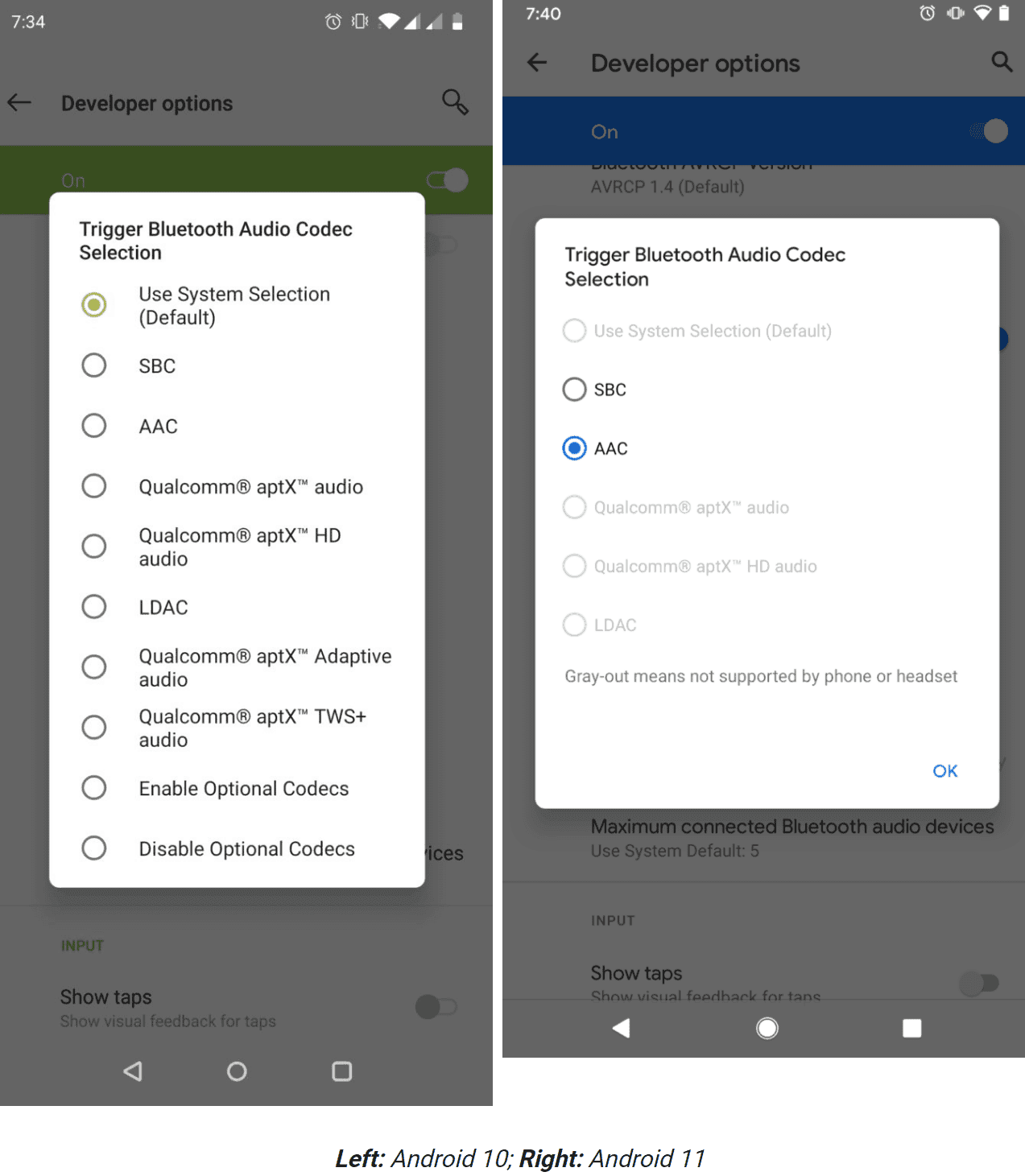 Previously, the option box contains all decoding types. However, you will not know which ones the Bluetooth device can really support. Users or developers with strong hands-on skills often need to extract the log information, then connect to the computer before using Wireshark to view it.  This is a very hectic process. Thus, Google’s new system is much convenient in this regard.

From the figure, we can see that the Bluetooth decoding type interface on Android 10/11 is significantly different. The Android 11 guide shows that the device only supports only SBC and AAC. With this feature, it is relatively easy to determine whether it supports high-level Bluetooth encoding formats such as LDAC and aptX after a new Bluetooth headset is added.

Well, this is perhaps a minor change that the new system brings. There are other “major” changes that make the new system much better. See some of them below

Android 11 brings a new link API to support 5G networks. Thus, developers can take advantage of the high speed and latency of 5G. With this, apps can automatically provide the corresponding high-quality video when a high-quality network is detected.

Read Also:  How much RAM is really enough for your Android smartphone?

This new system has added a floating chat bubble function. As long as the app uses a new API, it can float the ongoing conversation in the form of a bubble on the screen. In addition, copy and paste have also been upgraded. If the app supports a direct copy and paste of images, then Android 11 supports pasting pictures directly into the reply of the app. This reduces the need for users to cut between multiple apps.

Next Huawei Kirin 820 5G will be released on February 24: uses TSMC's 6nm process