The Xiaomi Mi 10 series has got an MIUI update, changing the system version to V11.0.7.0.QJACNXM. Apart from a few connectivity bug fixes, the update also improved the overall performance. It is reported that after the upgrade, the Mi 10 Pro broke through 600,000 points in AnTuTu at room temperature.

So is there any way to further improve the running score? Yao Liang, general manager of the marketing department of Xiaomi China, really made a series of attempts in this regard.

First of all, look at the room temperature environment. In this condition, its AnTuTu score exceeded the 600,000 mark. The specific running number is 605,783 points. It is a lot higher than that announced at the press conference. 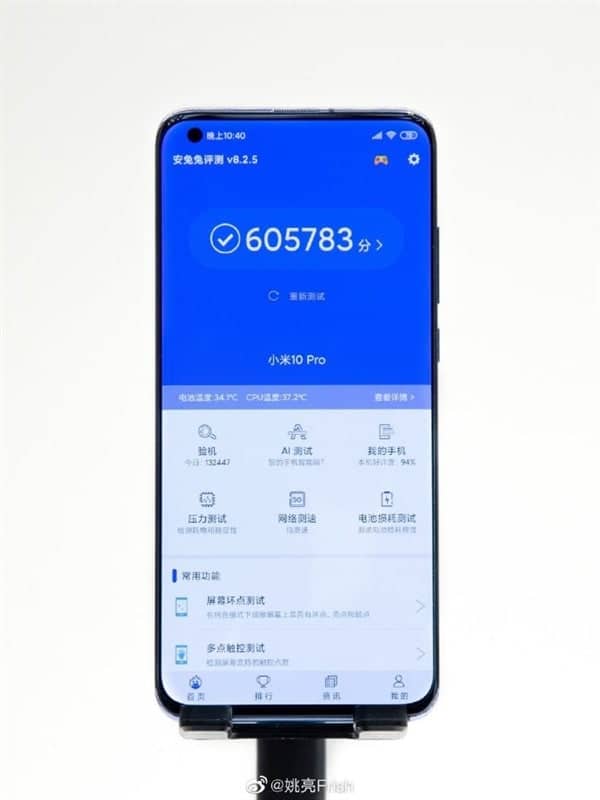 Then, he tested the phone with ice-cooled back clip attached to the back. The biggest feature of this accessory is ‘active cooling’. The principle is to use the cooling chip of the physics Peltier effect to move the heat to achieve active cooling. 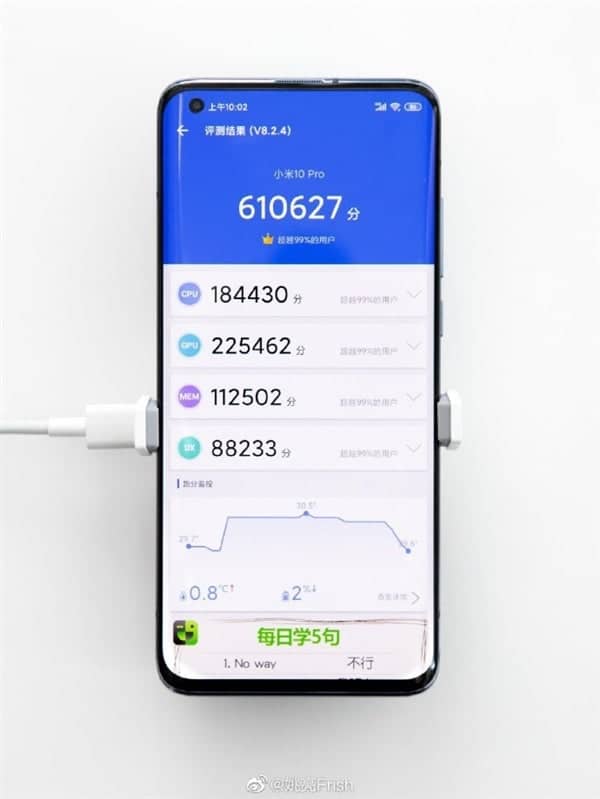 Active cooling can be used instead of passive cooling. It can cool 10° C in one minute. The body is equipped with 5 blades, the speed is up to 6000 rpm, and the noise on the front of the phone is as low as 30dB during operation. The power supply interface of the cooling back clip uses Type-C. And the charging power needs to be more than 5V2A. The company says this product is suitable for phones with a width of 67-88mm. The price is 129 yuan ($18). 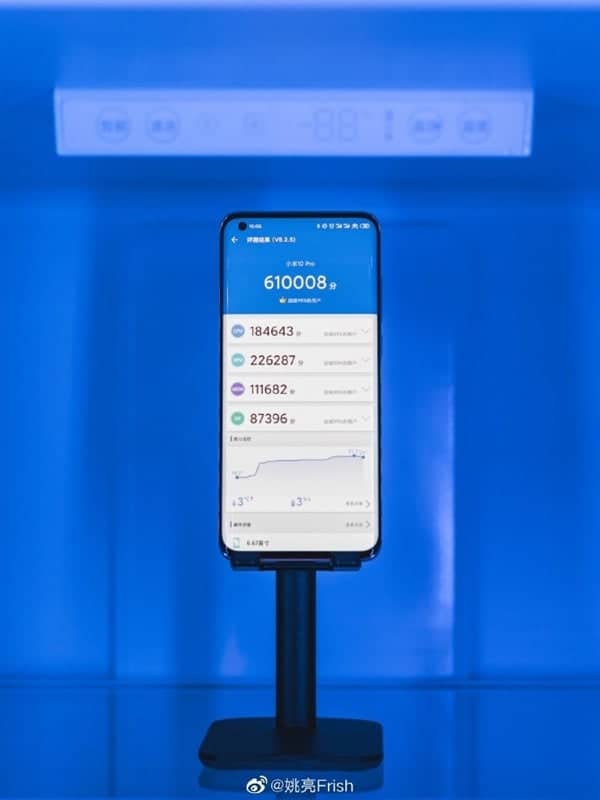