For a long time, Apple has been conservative in baseband selection and has never followed the latest products. So, this time, they will miss the Qualcomm X60 inevitably.

Qualcomm has officially demonstrated the third-generation 5G baseband chip X60 to global users at its headquarters in San Diego. Also, it introduced the progress of the partners of the Qualcomm Snapdragon platform. From the previously announced parameters, the Qualcomm X60 uses a 5nm process, which is also the first in the world. 5nm process baseband chip (this means that power consumption will be further reduced) may have a download speed of 7.5Gbps. At the same time, the uplink speed can reach 3Gbps. Also, it will support Voice-Over-NR 5G voice technology. 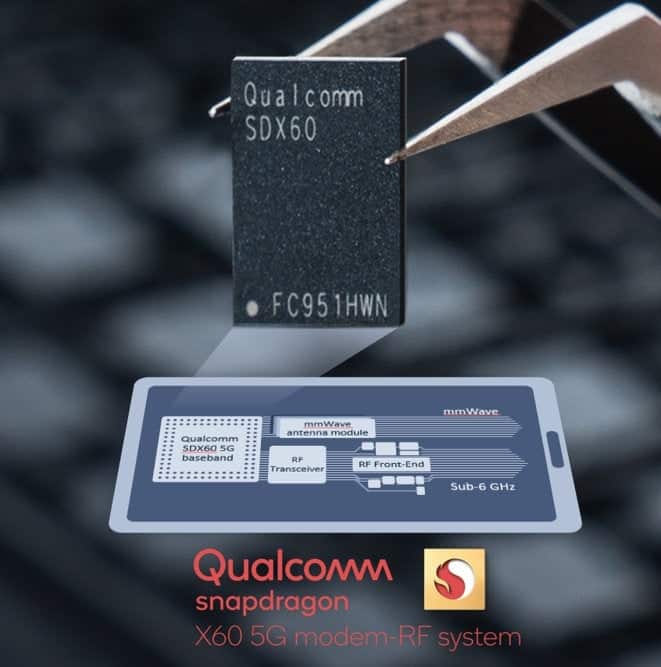 In addition, the Qualcomm X60 is also the world’s first 5G baseband and RF system to support the aggregation of all major frequency bands and their combinations. Thus, it will support 5G SA and NAS cream, FDD and TDD bands, including millimeter-wave and Sub-6GHz. Plus, it will support 5D TDD and FDD carriers aggregation and dynamic spectrum sharing.

Qualcomm also said that it will provide X60 baseband to partners this quarter. It is expected that terminals using X60 will be available early next year. This also means that this year’s Apple iPhone (SE2 in the first half and iPhone 12 in the second half) can only use the Qualcomm X55 baseband.

It should be noted that according to current rumors, Apple will release at least four iPhone 12s this year, all of which will use the X55 baseband. These four models will have two 6.1-inch screens, 5.4-inch and 6.7-inch screens, of which the flagship version may also have 6GB of built-in memory.