After the release of the Galaxy A51 and A71, Samsung is now gearing up to launch new Galaxy A-series and that includes the Galaxy A41. So far, a couple of reports revealed few details about this particular device. Today, a fresh one comes straight from PriceBaba with CAD renders of the Galaxy A41 leaked by the reliable tipster Evan Blass. The new renders and the 360-degree video of the phone revealed its entire design. 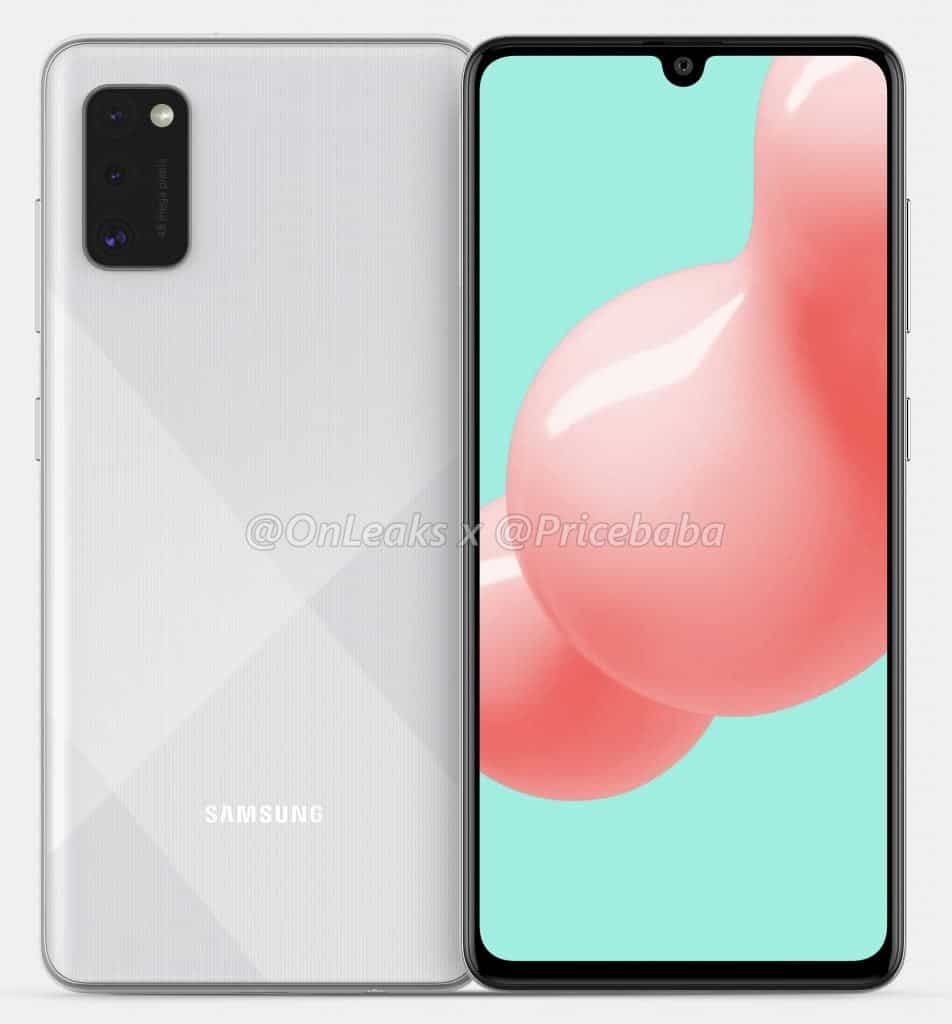 Galaxy A41 renders reveal some details of the mid-range device

The first thing we notice on the images is that unlike other 2020 Samsung phones, the A41 will bet on an Infinity-U notched display. While the most recent devices are betting on punch-holes, the company will stick with a more traditional selfie camera. Apparently, it’s a 6-inch or 6.1-inch display with FHD+ resolution. The side bezels are pretty slim, but the bottom one is slightly thick. That’s something common among mid-range devices. The dimensions of the device are 150 x 70 x 7.9mm. If you consider the camera bump, the thickness rise to 8.9mm.

As it can be seen in the images, the Galaxy A41 smartphone sports an Infinity-U notch on its display. The handset appears to be fitted with a 6-inch or 6.1-inch screen. The side bezels of the phone appear slim, but the bottom bezel is a bit thick. The dimensions of the smartphone are 150 x 70 x 7.9mm. Its thickness increases to 8.9mm at the rear camera bump. 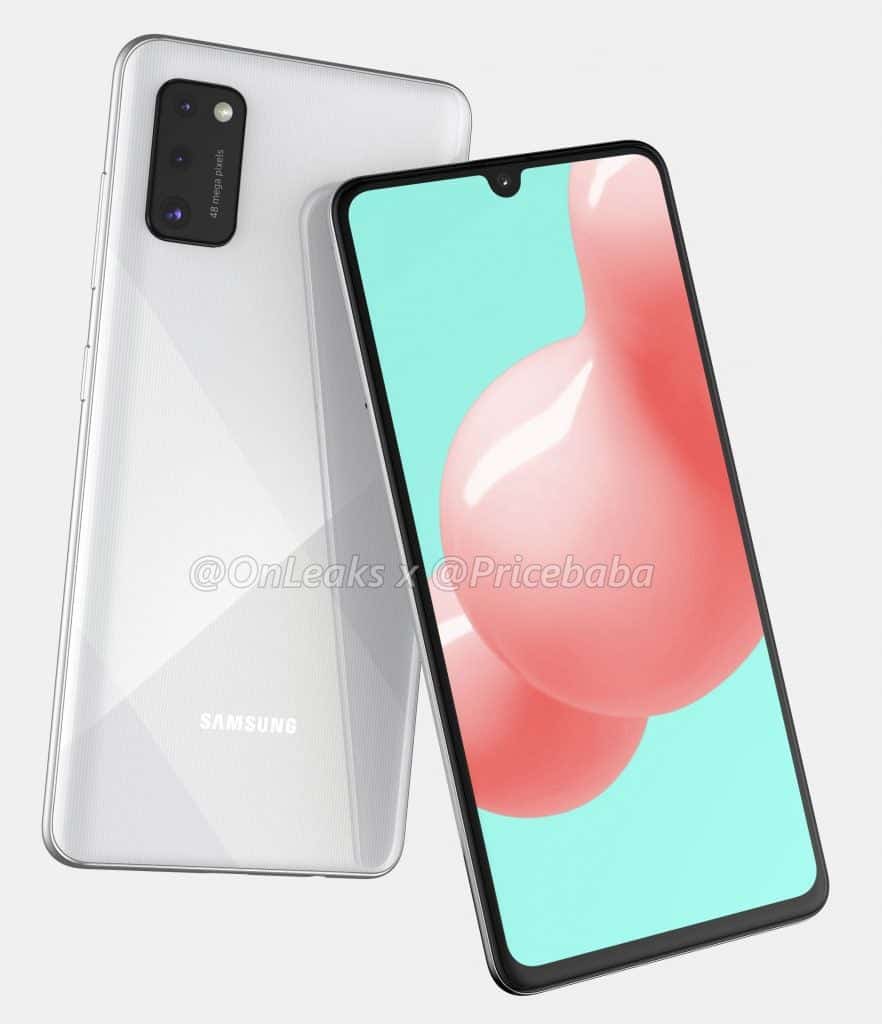 Since we’re talking about the camera bump, the square-ish island houses a triple-camera array. According to OnLeaks, the 48MP sensor, presumably, Samsung’s GM1 module will lead the way. It is likely to be accompanied by a wide-angle sensor with a macro or depth module completing the show. The rear panel is made a glossy polycarbonate material. There’s no visible fingerprint scanner hole, so we assume that this device will come with an in-display sensor. That’s a big upgrade over the last year’s A40 smartphone.

On the right side, the A41 features a power key and a volume rocker. Moreover, it has a SIM card tray on the left side of the handset. The bottom edge of the smartphone has an external speaker. A USB-C port and 3.5mm audio jack complete the device. 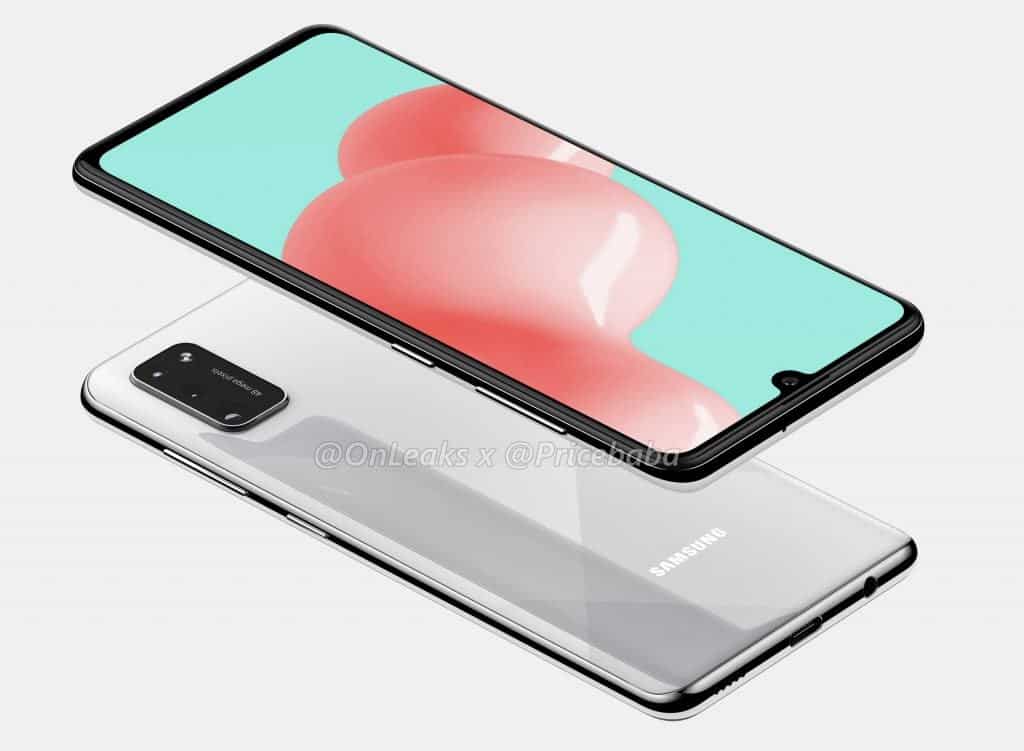