Nvidia is working on some more GPUs if the recent finding is to be believed. This development is coming from a Twitter user who goes by the username @_rogame. In the tweet, the user has shared details on two mysterious Nvidia GPUs. Surprisingly, they come packed with an insane number of core counts and memory. Sadly, the finding doesn’t talk about the moniker of these graphics cards

Coming to the specifications, the first Nvidia graphics card comes with 119 Compute Units or CUs. Furthermore, it has a CUDA core count of 7,552 along with a base clock frequency of 1.11 GHz. It also features a large 23.8GB of onboard memory. The second GPU, on the other hand, comes with 108 Compute Units with 6,912 CUDA cores. It has a base clock frequency of 1.10 GHz along with a whopping 46.8GB of memory at disposal. 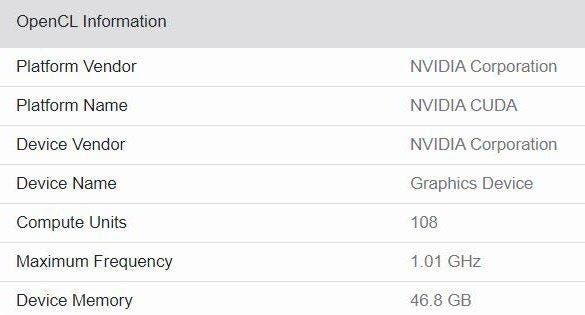 With that said, these base frequencies along with memory configurations seem a bit off the chart. It makes sense to say that these two GPUs will feature a 24GB and 48GB of onboard memory respectively. It is worth mentioning that this could be the details of an early engineering sample. That is why some of the things are not making sense here. With that said, we might see the final version with different specifications. 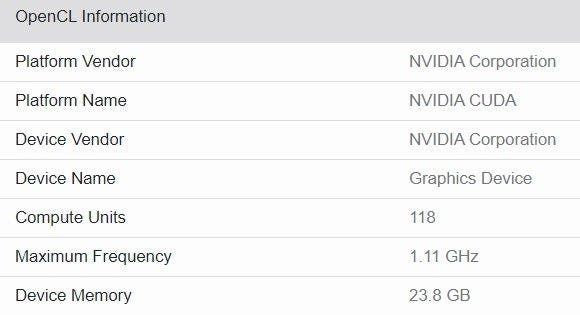 Looking at the memory and CUDA cores, it is safe to say that these graphics cards will not fall under the GeForce lineup. There is an around of 50% CUDA cores increase if compared with the currently powerful RTX 2080Ti GeForce card. This means that these two graphics card might belong to the Quadro or Tesla lineup. It might be the successor of the previously launched Nvidia Tesla V100. With that said, we should see more information on this graphics card in the coming day. We might hear about these two GPUs in the upcoming GPU Technology Conference (GTC).

Previous Microsoft to Improve Cortana for Windows with Next Spring Update, Focusses More on Productivity