While OPPO had already debuted the Reno 3 5G series in China a couple of months back, the company has gone ahead and introduced a 4G Pro variant of the series in India today with a handful of changes suited for the Indian market. The company also followed up the handset’s launch with the announcement of the OPPO Enco Free wireless buds, also launched earlier in a handful of Asian regions. The OPPO Reno 3 Pro boasts a 44MP front camera, a MediaTek Helio P95 SoC, a 64MP sensor at the back, as key highlights of the handset.

Coming to the big talking point, the Reno 3 Pro houses a Helio P95 SoC, the first one to do so. On the other hand, this isn’t a surprise considering the Reno series has always been home to MediaTek’s chipsets. It’s a 12nm octa-core processor and is just a marginal improvement over the Helio P90 and which, at least on paper, is much inferior to the Snapdragon 730G, or for that matter, the Snapdragon 765 5G. That is further coupled with 8GB RAM and storage is either 128GB or 256GB and you also get a microSD card slot for further expansion.

The screen is a 6.5-inch Super AMOLED Full-HD+ panel with a dual hole-punch design and an in-display fingerprint reader. The package is powered by a 4,050mAh battery which is well-backed by OPPO’s proprietary Super VOOC 4.0  (30W) while the software side is covered by Color OS 7 based on Android 10. 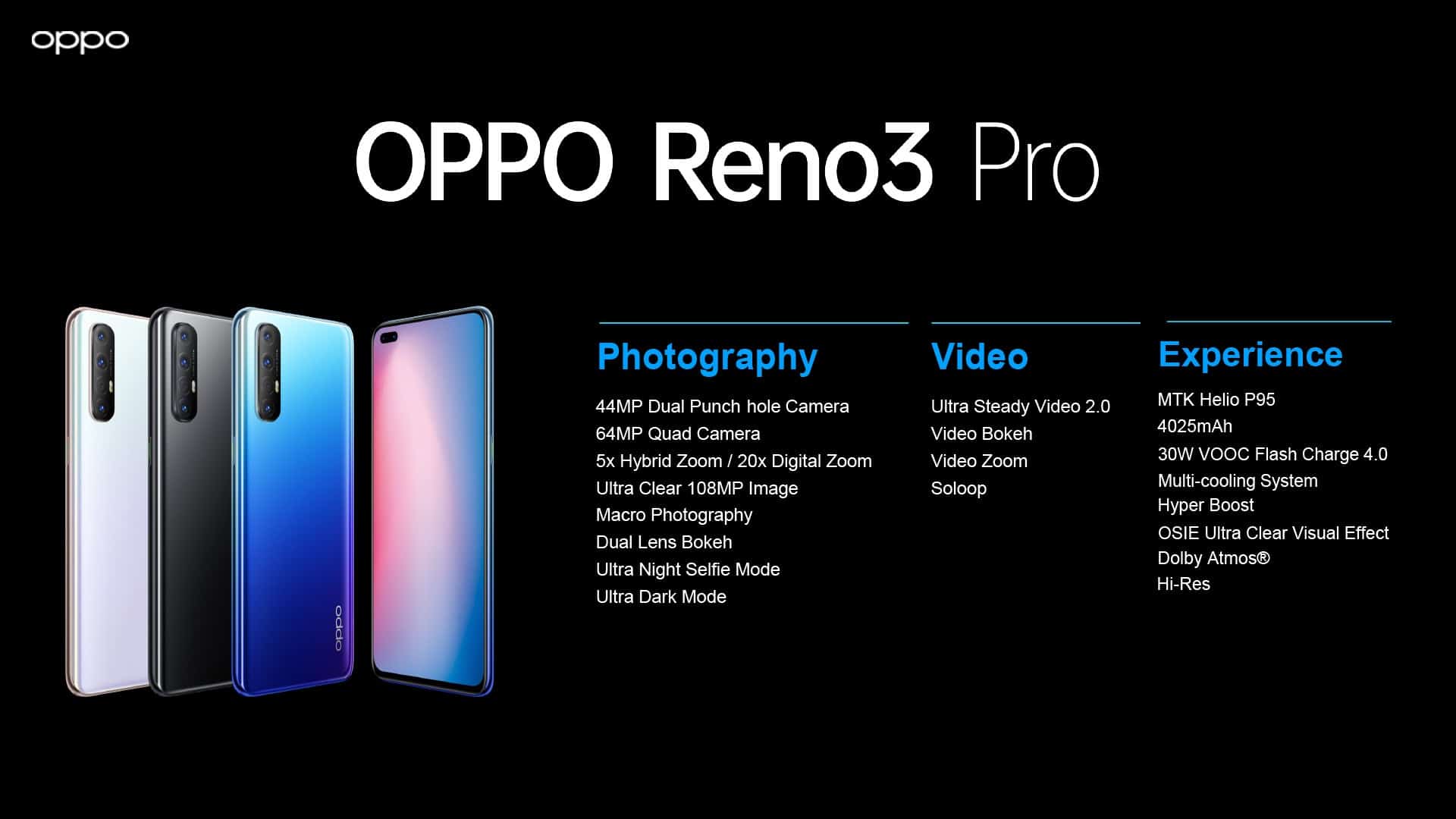 As for the camera chops, the latest Reno handset has a 64MP main shooter accompanied by a 13MP telephoto shooter with 2x optical zoom, 8MP ultrawide snapper, and a 2MP monochrome depth-sensing camera. The front is, as mentioned before, 44MP 1/2.8” sensor behind an F/2.4 lens helped by a 2MP sensor.

Next Black Shark 3 Pro to get voice controls for PUBG