AnTuTu is one of the most popular benchmark tools. And as many phones are tested with it regularly, it’s logical its database of phones and their performance will reflect the real picture of things in some sense. The AnTuTu Top 10 Android Smartphones List For February 2020 has been already announced. Let’s take a look. 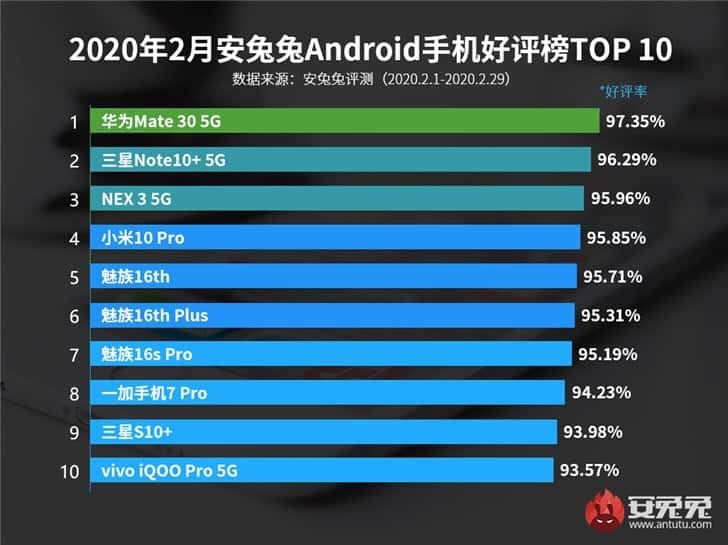 The Meizu 16th series is a big test for Meizu Bullsword. When it was released, it received a lot of praise in terms of design, configuration, and price. The 16s Pro is the last flagship supporting 4G connectivity. At the current price of 5G smartphones and 5G network tariffs, it is more suitable for people with limited budgets.

Although the appearance of Meizu phones on the list is surprising, there are quite expected models. The Huawei Mate 30 5G leads the list. The Samsung Galaxy Note 10+ 5G lays behind it. And the VIVO NEX 3 5G ranks third.