Motorola is set to unveil its first flagship smartphone in a very long time this year. The announcement of this phone called Edge+ (as leaked earlier) was supposed to happen at MWC 2020. But since the show was cancelled, we did not get to see the device nor did the company announce a new launch date yet. Nevertheless, courtesy of @OnLeaks and PriceBaba, the 3D CAD renders of the Motorola Edge+ are now out on the web to treat your eyes until it goes official. 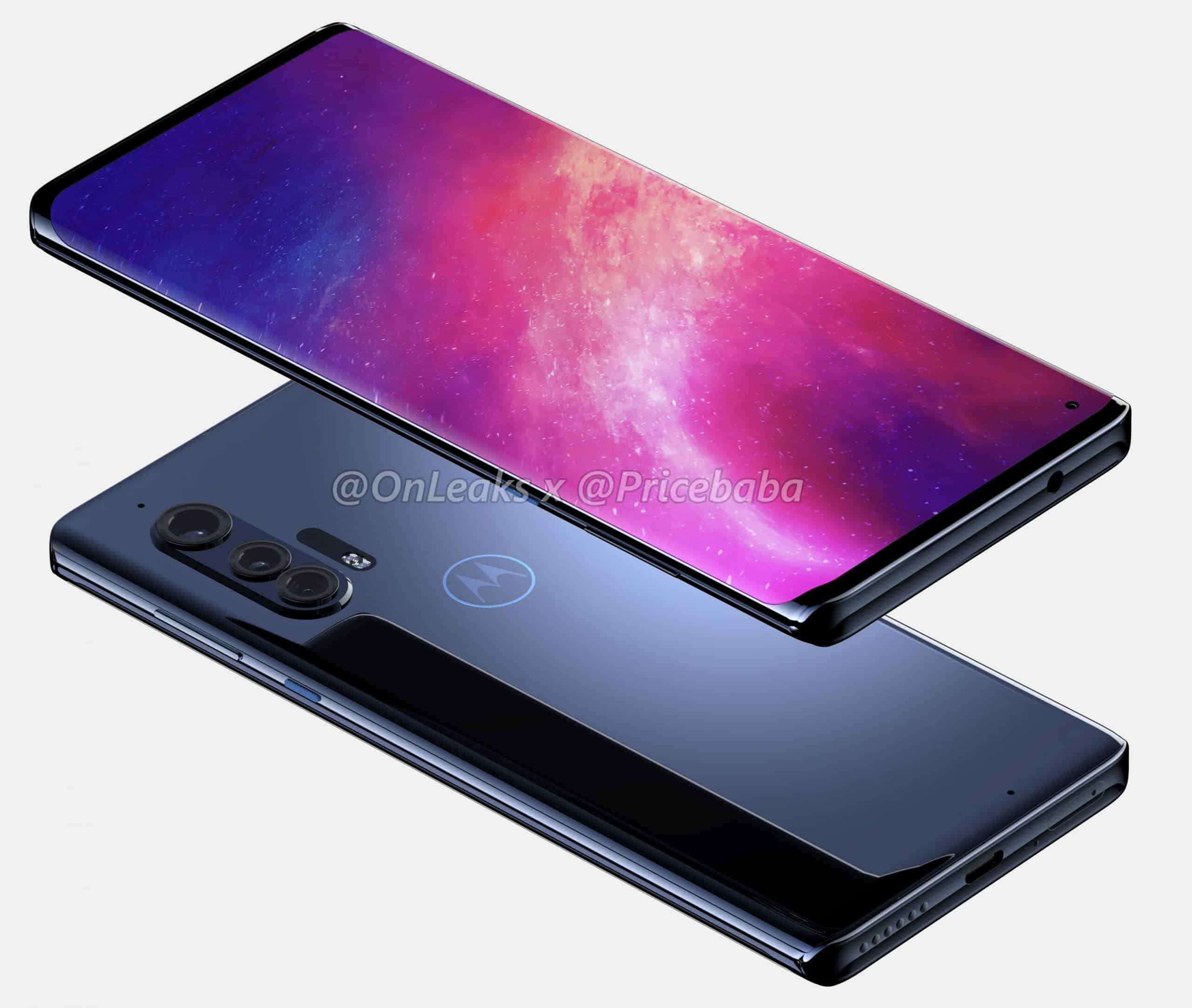 Motorola, once popular for their Moto X series of flagships has now lost their charm due to uneven decisions made by the company. But now, they seem to be stepping in the right direction by ditching the modular approach of Moto Z series with modern bezel-less design with waterfall display as per the renders as well as a live image leak from earlier. The new CAD renders suggest the phone to come with the smallest (maybe) punch-hole camera ever on any smartphone. The new leak also mentions the display to measure between 6.5 and 6.8-inches with a fingerprint sensor embedded beneath it.

The back panel of the phone will house a vertical triple camera array below a secondary mic. Whereas, the LED flash and LASER AF (auto-focus) system module will sit on the right side of the cameras. At the centre, the device will have the ‘Motorola Batwing’ logo engraved on it with an LED ring around it for notifications. As per render, the device will have another mic for noise-cancellation (total of 2) at the bottom part of the rear side.

Thankfully enough, the Motorola Edge+ will also feature a 3.5 mm headphone jack at the top. Further, the bottom of the phone will include a USB Type-C port, primary mic, and SIM card slot. Last but not least, the volume rockers and a textured plus coloured power button will be on the right side of the device.

According to previous leaks, the Motorola Edge+ will feature a 6.67-inches FHD+ waterfall display with 90Hz refresh rate, Qualcomm Snapdragon 865, up to 12GB RAM, 5,170 mAh battery, and Android 10.