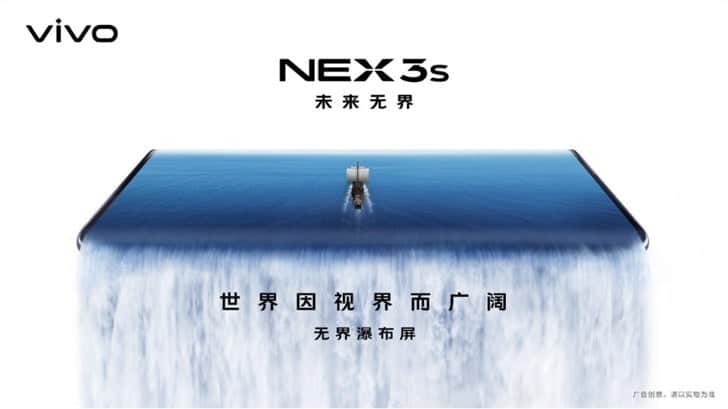 The Qualcomm Snapdragon 865 mobile platform uses a 7nm process technology and A77 architecture. It has a new generation Kryo 585 CPU, while the GPU is upgraded to Adreno 650.

Apart from this, the VIVO NEX 3S using the Snapdragon 865 processor is expected to come with a number of innovative 5G technologies to further enhance the user’s network experience. 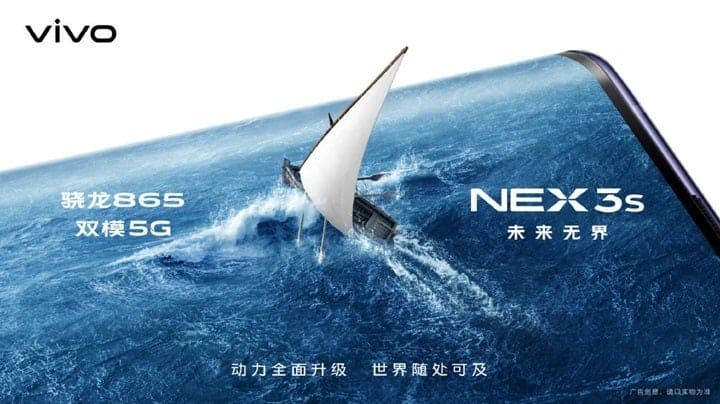 The VIVO NEX 3S 5G will also come with an 8GB of memory and a built-in 4250mAh battery. It will run on the Android 10 operating system. This phone will also boast of a powerful camera. And though it doesn’t sport a 100MP camera, the triple-camera on the back is impressive as well. It comes with a 64-megapixel + 13-megapixel + 13-megapixel sensors combination. The front-facing camera has a 16MP resolution. 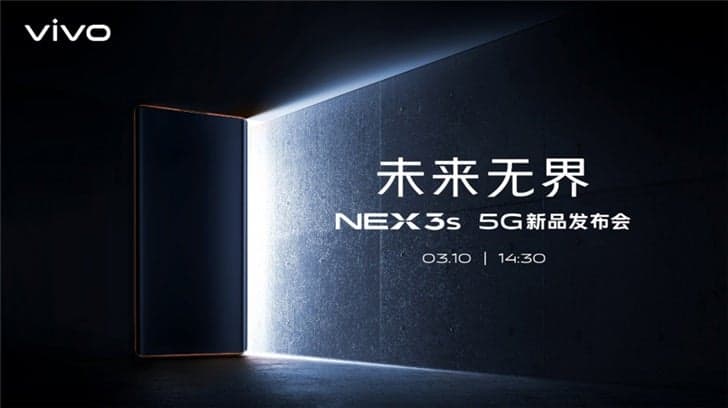 The VIVO NEX 3S 5G new product launch conference will be held on March 10. This event will be presented in the form of an AR online live broadcast. The company will show the new phone from the virtual future NEX SPACE live broadcast booth. In addition to the fully upgraded 5G performance, NEX 3S will also have cutting-edge new experiences in screens, imaging, artificial intelligence, and other aspects.