The Vivo V19 is an upcoming smartphone from Vivo scheduled for launch tomorrow in Indonesia. Last month, a promotional clip revealed the design of the smartphone. It confirmed a punch-hole for the single selfie snapper and a Quad-camera array on the back. Now, a new poster surfaced and it reveals a particular variant with two selfie cameras. 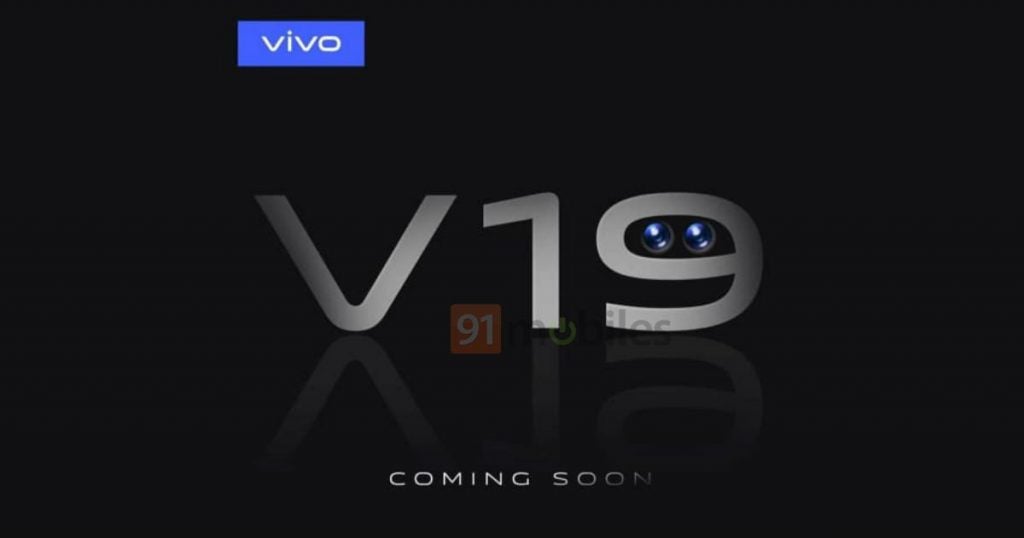 The image comes from the folks at 91Mobiles and reveals a single text that reads “V19” with two cameras visible inside the “9”. Apparently that’s a hint that the phone has dual selfie cameras. This may be a little confusing since the official video advert for the handset shows that the phone has a single selfie snapper. The only plausible explanation is that this is a Vivo V19 Pro that boasts a pill-shaped punch-hole with dual selfie snapper. Moreover, it may be coming to a different market like India.

Unfortunately, Vivo has not said anything yet about a Vivo V19 Pro. There’s a chance that it will not launch tomorrow in Indonesia. Considering that both Vivo’s V15 and V17 have Pro versions, the existence of a V19 Pro is truly possible.

Putting the Pro aside, the vanilla V19 launches tomorrow with Snapdragon 730G, 8GB of RAM and 128GB of storage. The smartphone cameras are listed as a 48MP primary camera + 8MP ultrawide + two 2MP sensors. The smartphone draws power from a 4,500mAh battery and should run Android 10 straight out the box.