Xiaomi has just taken the wraps off a new product under the Youpin platform. The product in question is the Daewoo F9 Bladeless fan. A bladeless fan is also described as an air multiplier and is a fan that blows air from a ring with no external blades. Its vanes are hidden in its base and direct the collected airflow through a hollow tube or toroid. It blows a thin high-velocity smooth airflow from the holes or a continuous slot across the surface of the tube or toroid. 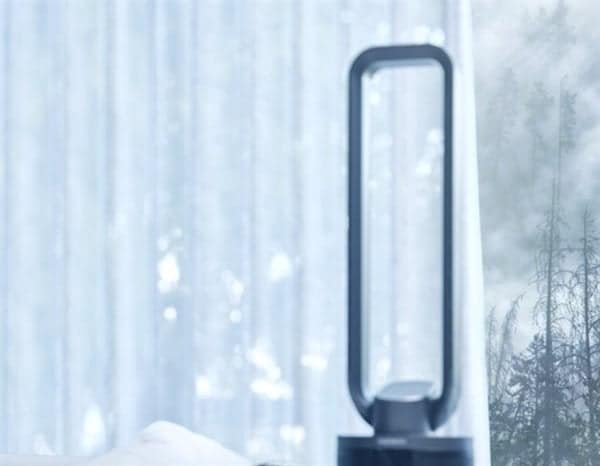 Since it lacks physical blades, the fan will not generate dust or hurt children’s fingers. Interestingly enough, it has a strange shape and a streamlined appearance. Daewoo’s F9 Bladeless Fan adopts a working mechanism similar to other known brands like Dyson. A compressor in the base draws the air. It comes out of a slit around the ring and passes over a shape like that of an aircraft wing.

The device provides 9 speeds level of natural wind. This consists of 1-3 speed levels described as grassland wind spews soft air and works quietly. The 4-6 speed levels are dubbed mountain forest wind and provide a cool and comfortable experience. The 7-9 levels of speed are named ocean wind and bring a refreshing and dry experience.

The design ensures that the distribution of the air goes smoothly indoors via convection current. Furthermore, it has two HEPA filters which help in air purification. With 30 air changes per hour, the removal rate of formaldehyde reaches 95.2%. The removal rate of TVOC volatile organic compounds is 89.7%.

Daewoo F9 Bladeless fan supports 60-degrees left and right head tilt. 20-degrees tilt up and down to achieve multi-angle wide-area air supply. Moreover, the fan includes physical control buttons on the body and comes with a long-range remote control. The bladeless fan will retail for 969 yuan (~$139).