An upcoming book titled “Samsung Rising” describes an anecdote that when Samsung competed with Apple, the South Korean company shipped a large number of apples to employees’ rest office and encourage them to bite an apple to boost morale. 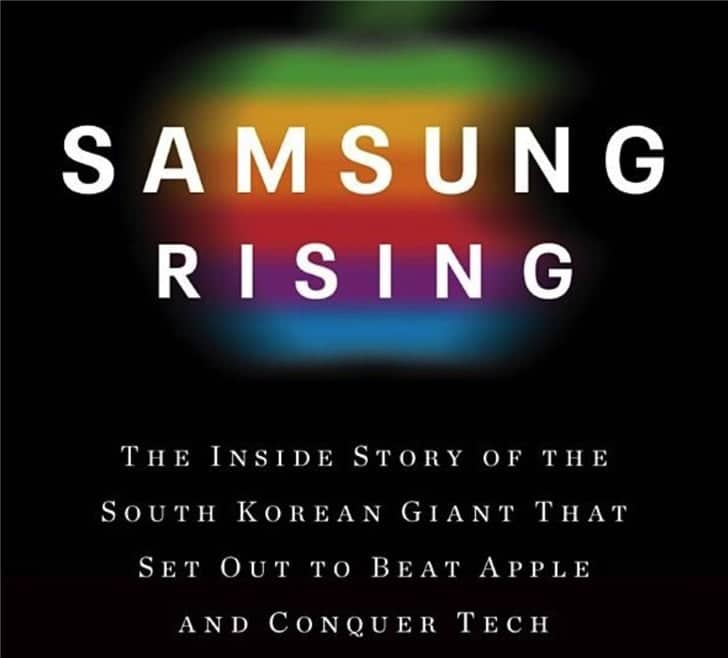 The Samsung Rising is written by Geoffrey Cain, a tech journalist specializing in Asian reporting. This new book, based on interviews with hundreds of people, tells the story of Samsung’s rise and the challenges it faces in its development. ‘We have one objective: beat Apple,’ said an unnamed Samsung executive in the book. He also added ‘I’m not kidding you.’

As can be seen from the cover selection of this book, it is a vague Apple’s old rainbow-colored logo. So we can assume Apple plays a very important role in this book. In fact, Apple plays a big role in the tech industry overall.

This book is scheduled to be published on March 17. Daily Mail has published an excerpt about Ellen DeGeneres when he hosted the Oscars in 2014. Record-breaking celebrity selfies taken on Samsung phones. It is reported that Samsung’s move is to compete with Apple. For many years, Apple iPhone has been in the hands of the rich and famous. ‘[Samsung] bosses have been angry with celebrities everywhere holding Apple iPhones,’ the book wrote. Letting Allen take a selfie with the Galaxy Note is to change people’s perceptions. However, ‘ironically, they have to teach iPhone user, Ellen how to use the Galaxy.’

The excerpt also reveals the inspiration for the name of Samsung’s Galaxy handset, which it has positioned as an iPhone killer. It turns out, it was named after a $95 bottle of Californian red wine which one of Samsung’s executives had enjoyed. They believed that it had a ‘premium ring’ to it.