Recently, a new Vivo smartphone made its way to the GeekBench listing for the benchmark tests. The unknown device comes with the model number Vivo 1933 (or Vivo Z5x). As expected, the listing has revealed some key details about the device. Here is everything you need to know about it. 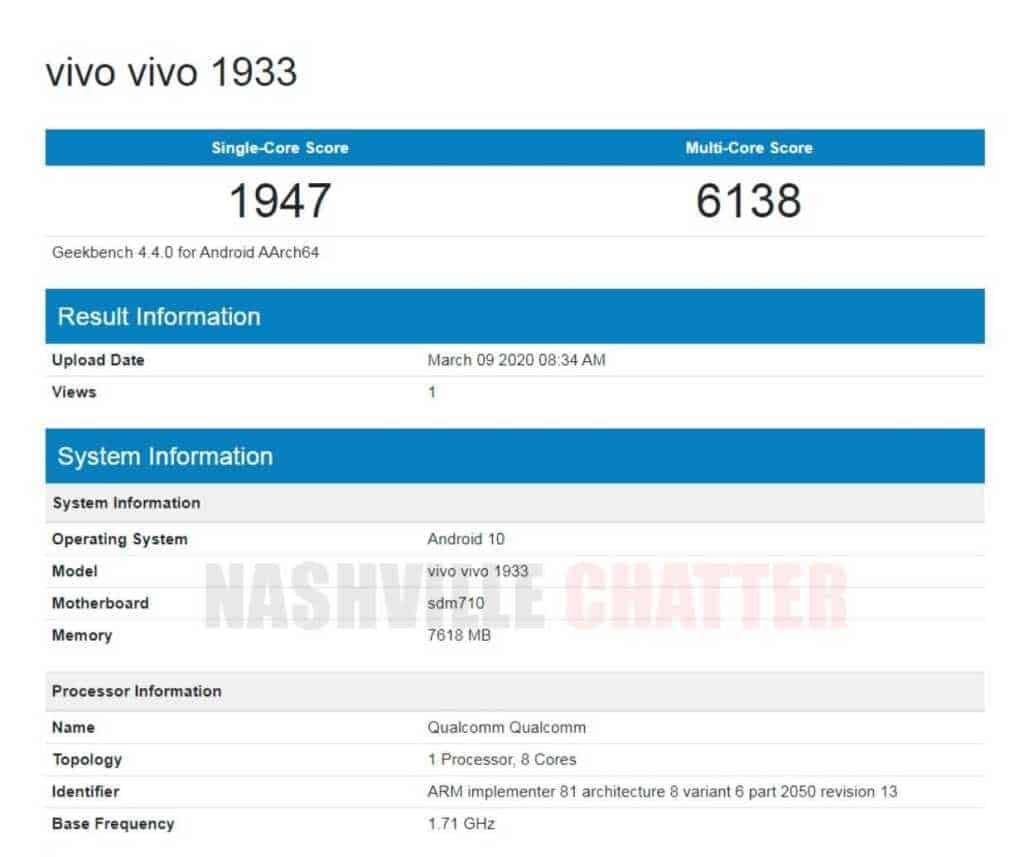 As per the new listing, the Vivo 1933 smartphone surfaced on the GeekBench with Qualcomm Snapdragon 710 chipset paired with 8GB RAM. Furthermore, the device runs on the latest Android 10 operating system. To recall, the SD710 SoC comes with eight cores with the base clock frequency of 1.71GHz clock speed. Sadly, the listing doesn’t reveal anything else about the device.

Coming to the benchmark scores, the device managed to score 1947 points in the single-core performance while it scored 6138 points in the multicore test. It is also worth mentioning that the same model number previously appeared on the BIS (Bureau of Indian Standards) website for certification.

Considering the fact that this device features Snapdragon 710 chipset, this means that the device could be the Indian variant of Vivo Z5x smartphone. For those who’re unaware, the last Vivo device with SD710 chipset was the Vivo Z5x. To recall, Vivo Z5x comes with 6.53-inch IPS LCD display with punch-hole design, Full HD+ resolution and 19.5:9 aspect ratio. It consists of a triple camera setup with 16MP, 8MP and 2MP sensors. Backed by 5,000mAh battery, the device supports 18W fast charging technology.

As of now, it is too early to comment on the launch and availability details of the unknown device. Since the device has appeared on BIS listing, this means that the device will be heading to the Indian market. We should wait for more information to appear forward before we start commenting on anything.

Next Win a free laptop in the CHUWI AeroBook pro 15.6 giveaway