The new Samsung Galaxy S20 models are among the first smartphones to arrive with a 120 Hz refresh rate screen (with the exception of a few gaming smartphones from Asus or Razer). This feature allows them to display twice as many images per second than most of their competitors, generally set to 60 Hz. As a result, the animations and the text seem to scroll faster, which improves the user experience. Everything suddenly appears more fluid.

According to 01net.com website, a test was done to measure the impact of the 120Hz mode on the battery life of the Galaxy S20 Ultra and the standard S20. This feature considerably improves the use of the smartphones in question, but, it, unfortunately, consumes a lot of battery.

The tests include calls, screen off, video streaming, browsing photos and playing video games. And the result was 16% to 22% difference between the two modes. 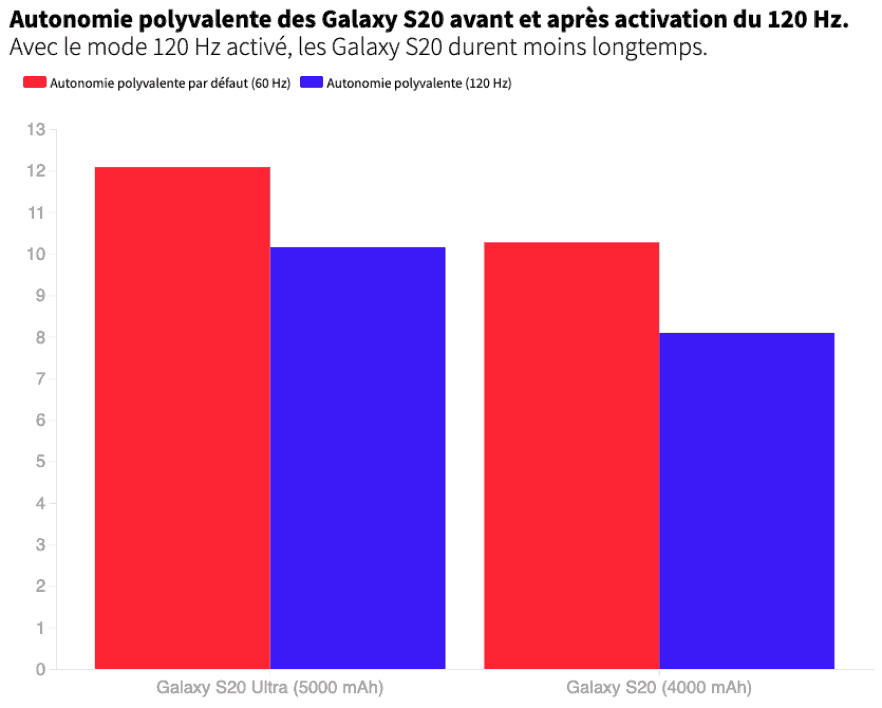 By default, the Galaxy S20 configuration is on a refresh rate of 60 Hz. And yes, Samsung had a good idea to deactivate the most energy-intensive options of its smartphone in order to inflate its battery life numbers, which other manufacturers are also doing.

If you purchase a Galaxy S20 in the coming days, we therefore advise you to think carefully before activating the 120 Hz mode. In some cases, this could force you to recharge your smartphone before even returning to your home. We now hope that Samsung will soon offer an alternative mode which will enable 120 Hz only in certain applications, such as social networks, for smooth navigation with this type of use.

Previous Huawei gets yet another 45-day reprieve from the US

Next Due To Virus Outbreak, Apple Increases iPad Order By 20%