When Vivo announced the X30, the company marketed it as a smartphone for young individuals. With a focus in style and appearance, the phone featured Lin Wen as ambassador. If you’re unaware, Wen is the most famous Chinese supermodel.  Now a fashion brand of similarly high rank is joining Vivo with its own unique color for the smartphone. The partnership gave birth to the Vivo X30 Pro Mirror Edition by Alexander Wang.

The teaser suggests a silver-like smartphone, however, the official Weibo page of the company states that on March 20 the X30 will “enter the mirror world of Alexander Wang”. It will be the fourth color option available for the smartphone. The handset originally came in Black, Peach and Light Blue colors. 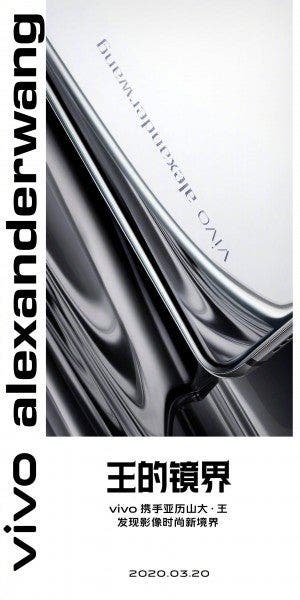 Apart from the stunning design, the handset isn’t only impressive on its external part. Under the hood, it carries the Exynos 980 SoC Samsung’s first chip to come with an integrated 5G Modem. The Pro variant also comes with a 13MP periscope camera that offers 5x optical zoom. There is another telephoto shooter with 32MP that acts as a proper Portrait camera with its 50mm equivalent lens.

We expect the Vivo X30 Pro Mirror Edition to come with a high price tag. The most advanced version of the smartphone has 8GB of RAM, 256GB of storage and retails for CNY4,299 ($613,93). The two companies could introduce the new edition with more RAM and storage and even a fancier package with goodies inside.

The new edition will go official on March 20.

Next Huami smart bands shipped over 42 million units in 2019