Lenovo is planning to foray into the gaming smartphone segment later this year. Their first smartphone will fall under the Legion brand as you might know. The device has already been a part of numerous leaks in the past. We already know that it will arrive with some groundbreaking cooling tech. In fact, the cooling capabilities might even be better than the Red Magic 5G smartphone. Well, a new teaser image has appeared online which looks like the official promo teaser for the device. 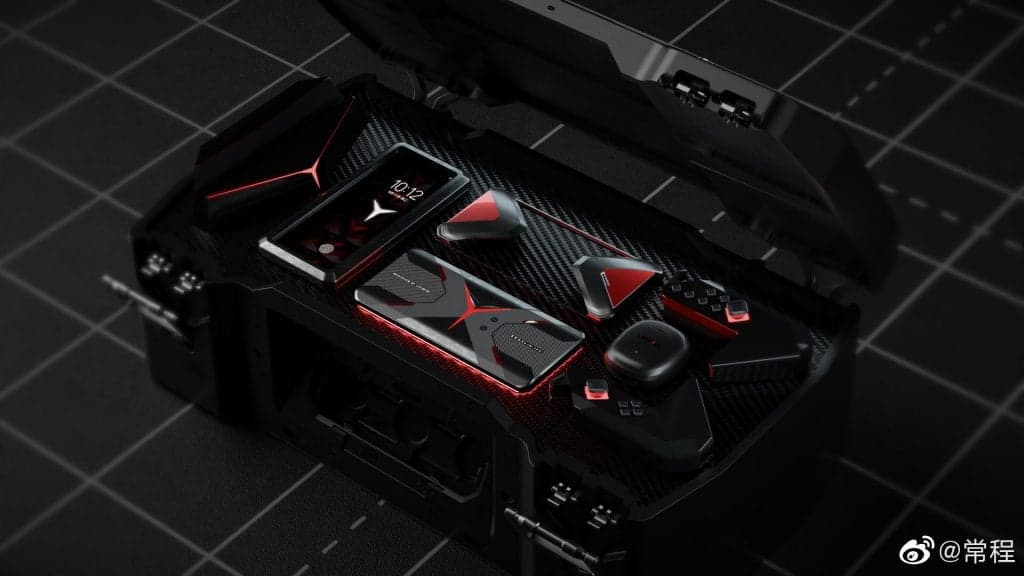 The new teaser image has recently started making rounds on Weibo. As you can see, the teaser image showcases the promo bundle inside the black suitcase. In the suitcase, you can see some gaming accessories that the phone will support. First up, you can see the gamepad accessories on the right side of the image. Looking at the design, it seems like the gamepad accessory will slide onto the sides of the device. For that, users would have to use the bundled case. Both the controllers have an analog stick along with few buttons that will help during the gameplay.

Apart from the controller, you can also see some kind of hard case between the two gamepads. Looking at the image, it looks like a headphone or earphone case. Although it is very hard to confirm the same. For that, we should wait for more information. Sadly, the teaser image doesn’t talk about anything else.

Considering previous leaks and rumors, Lenovo Legion will come with the flagship Qualcomm Snapdragon 865 chipset along with powerful cooling capabilities. Furthermore, the smartphone will come with 55W fast charging technology along with 5G connectivity. With its Legion smartphone, Lenovo seems to be directly competing with the Nubia Red Magic 5G which recently went official.