Motorola seems to be working on yet another smartphone dubbed Moto G8 Power Lite. As the name suggests, the device is a toned-down version of Moto G8 Power. This is not the first time we’re hearing about this device. Recently, it made an appearance on the Bluetooth SIG listing for certification. Well, the device has now surfaced on the Google Play Console revealing some key designs and specifications. 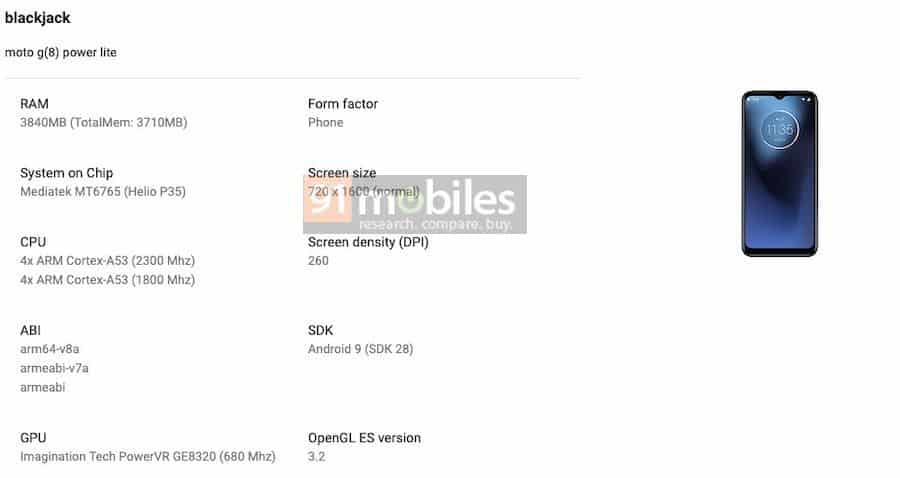 As per the Google Play Console listing, Moto G8 Power Lite will come with MediaTek Helio P35 chipset paired with 4GB RAM. The phone is equipped with an HD+ display with a resolution of 1600 x 720 chipset and a screen density of 260 PPI. Lastly, it seems like the device will run on the older Android 9.0 Pie OS. Well, this might change during the official launch meaning we might see the Android 10 operating system. Sadly, the display size along with various other aspects are still unknown.

Apart from specifications, the listing also reveals the front design of the phone. It seems like the phone will make use of a polycarbonate material which makes sense since it would be a budget offering. The display seems to come with a waterdrop notch housing the front selfie camera. There is no rear image of the phone meaning a few things are still unknown.