The Realme 6i smartphone has been launched in Myanmar today as in line with previous leaks and rumors. The device is a successor to the Realme 5i smartphone, which made its debut earlier this year in January. The key features of the new Realme phone are a 48-megapixel rear camera sensor, drop-notch display design, 5,000mAh battery, and more. 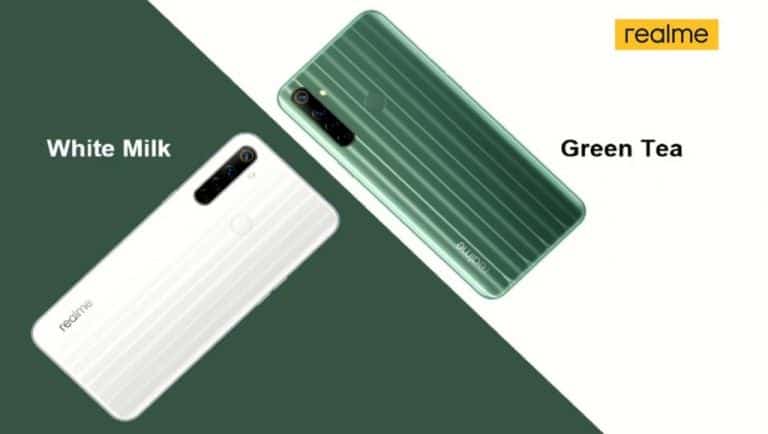 The Realme 6i will be available in two color options – White Milk, Green Tea in Myanmar. The handset is now up for pre-order in the country and will go on sale from March 29. As part of the official launch, Realme is also bundling a set of Realme t-shirt and a Bluetooth speaker for free. At the moment, it is unknown if the device will make it to other countries, including India.

Realme 6i specifications and features

In terms of specifications, the Realme 6i device sports a 6.5-inch HD+ (720 x 1600 pixels) IPS LCD screen with a 20:9 aspect ratio. It also runs on the latest Android 10-based Realme UI out-of-the-box. The smartphone draws its power from a Mediatek Helio G80 octa-core SoC paired with Mali-G52 MC2 GPU. It also has a dedicated Memory card slot option to expand the storage further.

As for photography, the Realme 6i features a quad-camera setup at the back. That includes a 48-megapixel primary camera with an f/1.8 aperture, an 8-megapixel ultra-wide lens, and two 2-megapixel depth and macro sensors. The phone also has 2160p video recording support with PDAF. On the front, the device further bears a 16-megapixel camera with an f/2.0 aperture lens for selfies and video calling. 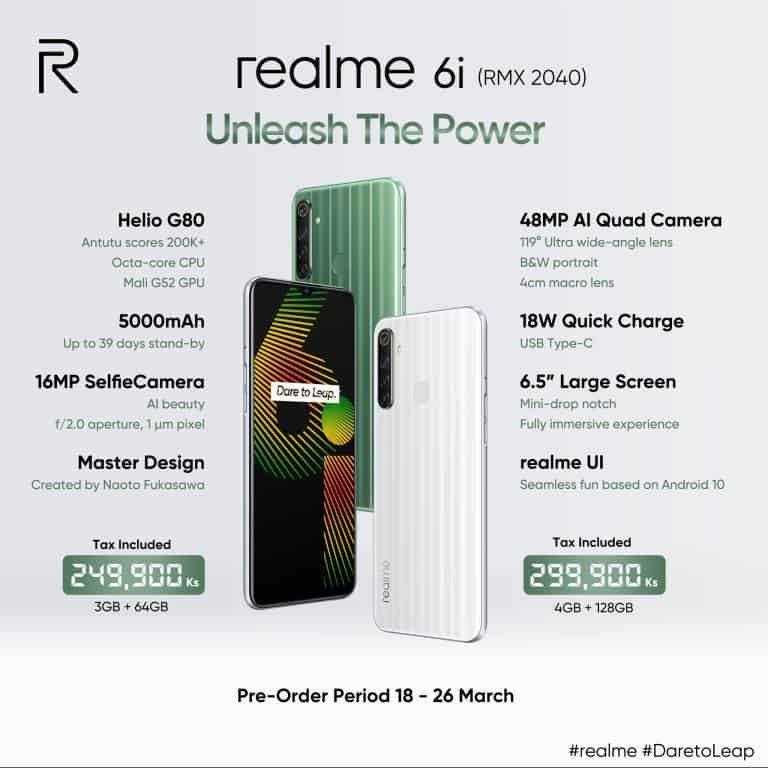 The Realme 6i smartphone packs a 5000-mAh battery and 18W fast charging support. It also comes with few sensors onboard including, the rear-mounted fingerprint, accelerometer, gyro, proximity, and compass. Connectivity options of the new Realme device include 4G LTE, Wi-Fi dual-band, Bluetooth 5.0, dual-frequency GPS, a 3.5mm audio jack, and a USB Type-C port for charging.