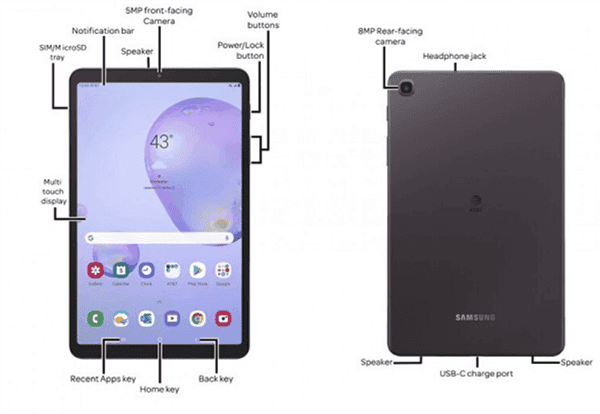 As for the overall appearance, the Samsung tablet will have two speakers (both at the bottom), a Type-C interface, a 3.5mm headphone jack on the top, and a SIM/SD card slot. As we can notice, there is no fingerprint recognition module.

In terms of camera and its parameters, the Samsung Galaxy Tab A 8.4 (2020) will sport a single 5-megapixel front camera and an 8-megapixel rear camera. Of course, tablets are not focusing on photography. But as the latter has become highly-demanded recently, we’d like to see more powerful sensors.

By the way, Samsung has not officially announced any content of the Galaxy Tab A 8.4 (2020). But judging from the parameters, this should be a mid-range product.

Previously, this tablet has been leaked by the Google Play console. And what Evan Blass revealed is in line with them. Curiously, Google Play listing reveals Android 9 Pie. Hopefully, it is just a prototype and it will launch with Android 10.