While we earlier reported that Redmi will be announcing a slew of other products alongside the Redmi K30 Pro, there’s now official confirmation for at least one of them – a big 70-inch Redmi TV. Redmi posted teasers of its new TV version and from the looks of it, it’s a high-end 75-inch model. Now, Redmi already has a number of products in the segment which is relatively very new for them. The Xiaomi sub-brand stepped into the smart TV arena last year.

Now, to be specific, Redmi hasn’t detailed any new information about the TV so far but this could be a step-up from its last year’s high-end 70-inch model. It had a 4K HDR screen and ran PatchWall UI powered by an Amlogic quad-core 64-bit processor paired with Mali-450 MP3 GPU. It also featured connectivity options such as WiFi, Bluetooth 4.2, 3 x HDMI ports, and 2 x USB ports. 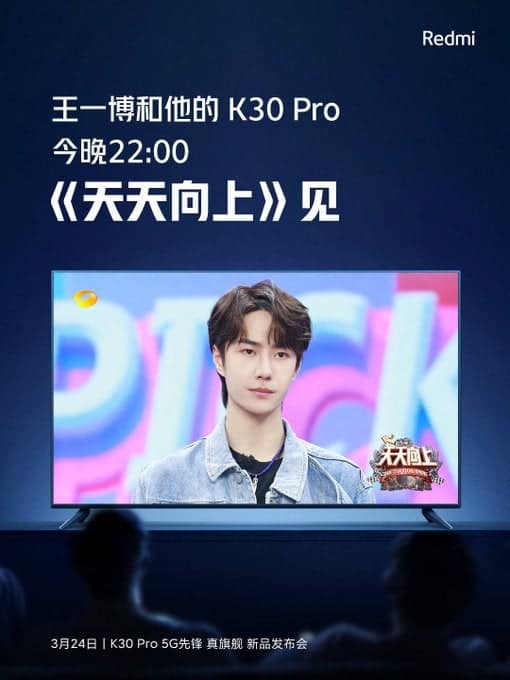 Added to the other new product list is a RedmiBook 14 Ryzen Edition, a Redmi Air Purifier F1, and some accessories with brandings of Keith Harring.

As for the Redmi K30 Pro, there’s a lot of stuff that has gone official The most recent information is that there’s a Zoom Edition which will, presumably, not only have better storage and RAM, but also superior zoo capabilities as the moniker implies. As for variants, Zoom Edition will be available in 8GB + 128GB, 8GB + 256GB and 12GB + 512GB variants.