Before the new coronavirus epidemic broke out and people have quarantined themselves, the average consumption of iPhone users on the App Store in 2019 has reached $100. This was $21 more than the $79 we found was spent on average in 2018, up 27%. 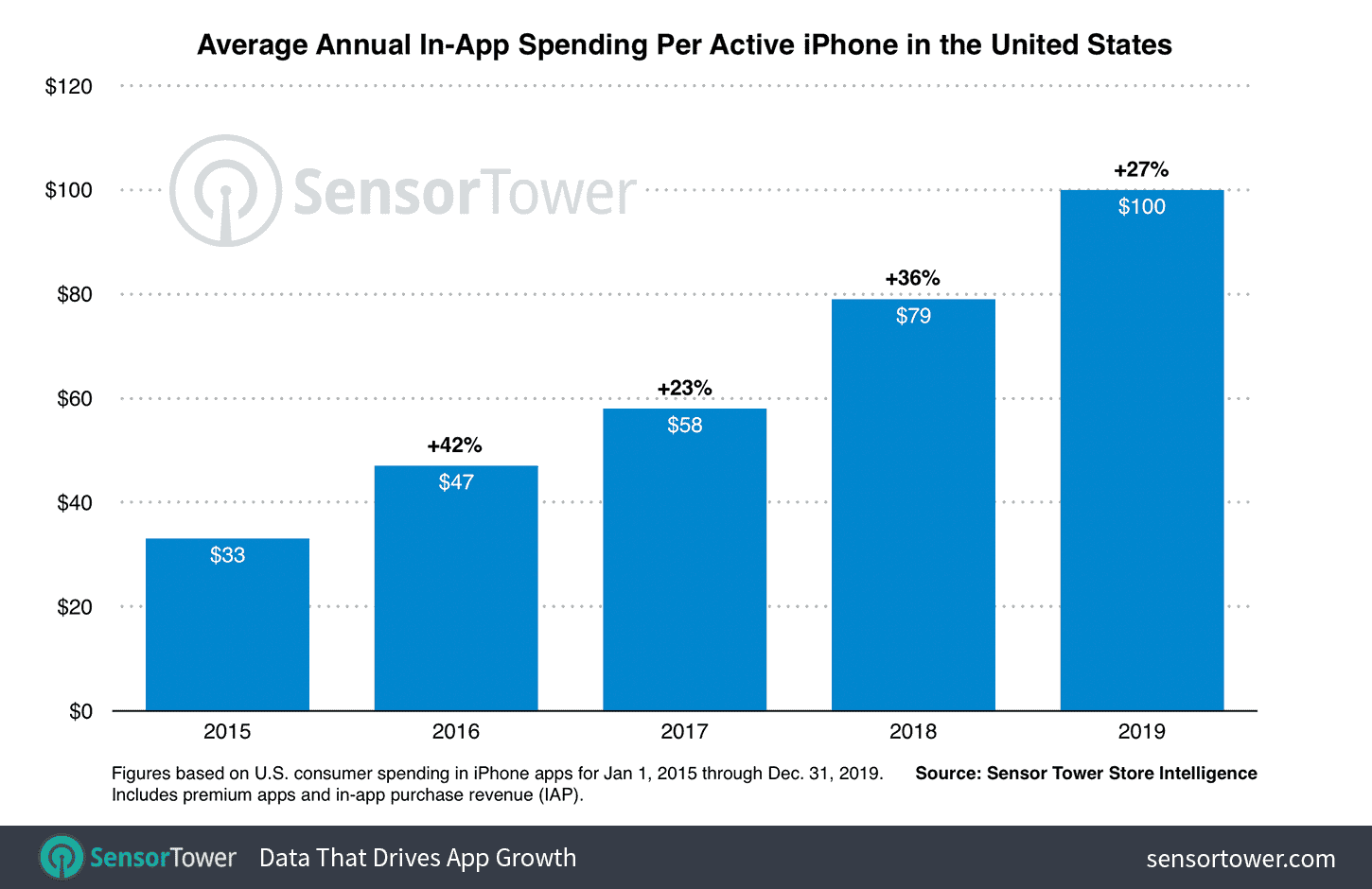 Data provider Sensor Tower reports that consumer spending in the App Store has increased by as much as 200% since 2015. On the one hand, Apple’s market share has increased year after year. But on the other hand, mobile games have become increasingly popular. Half of the above consumption comes from gaming applications.

This YoY growth reflects the sustained health of the iOS ecosystem in the US where spending continues to increase at a rate outpacing adoption of devices by first-time users. 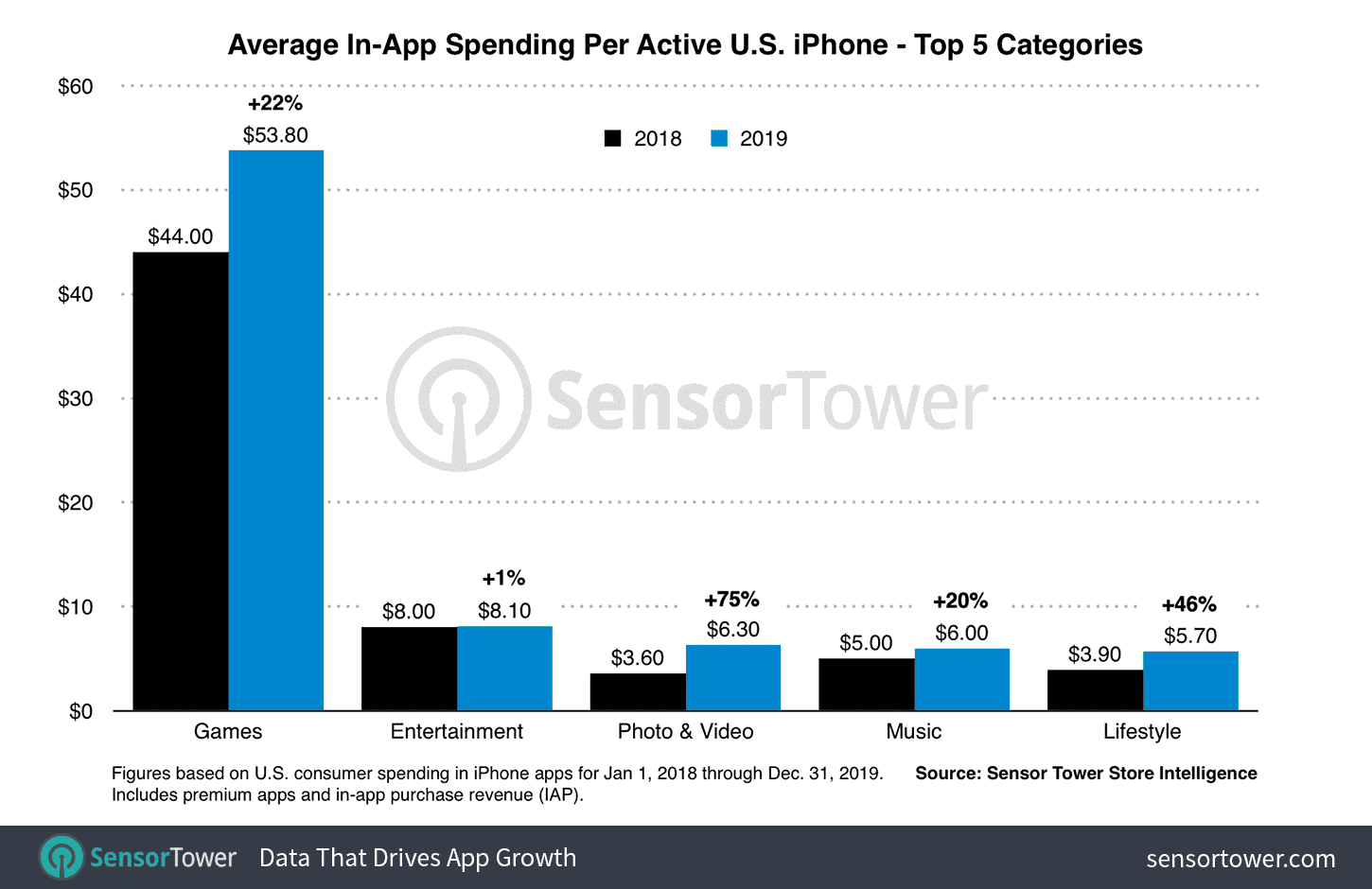 These figures are already impressive. However, considering that the outbreak has driven most people to stay at home, consumption data for 2020 are likely to reach another level.