Xiaomi’s Redmi revealed the new Redmi Note 9 series this month with two new devices – Redmi Note 9 Pro and Note 9 Pro Max. However, there are still no signs of a standard Redmi 9 coming to succeed in the low-end Redmi 8. According to reports, the company is set to release the new Redmi phone during the third quarter of 2020. We don’t know if this launch schedule is accurate, but a new leaked image of an alleged Redmi 9 surfaced today.

The leaked image reveals the smartphone’s rear featuring a Quad-Camera setup as well as some of the key specs. The source of this leak is the Twitter user Sudhanshu Ambhore. According to him, he got the image and key specifications from another source in China. The leak reveals a center-aligned Quad-Camera setup comprising a simple 13MP primary, 8MP wide, 2MP macro, 2MP depth modules. We have to say that a 13MP primary camera seems to be simple for Redmi’s current standards, so if the leak is accurate, we believe that the Redmi 9 will be really affordable. The overall look of the rear setup resembles the last year’s Redmi Note 8 Pro, so take this leak with a pinch or two of salt. Actually, the rear part looks like the Redmi K30 and Note 8 Pro had a baby. 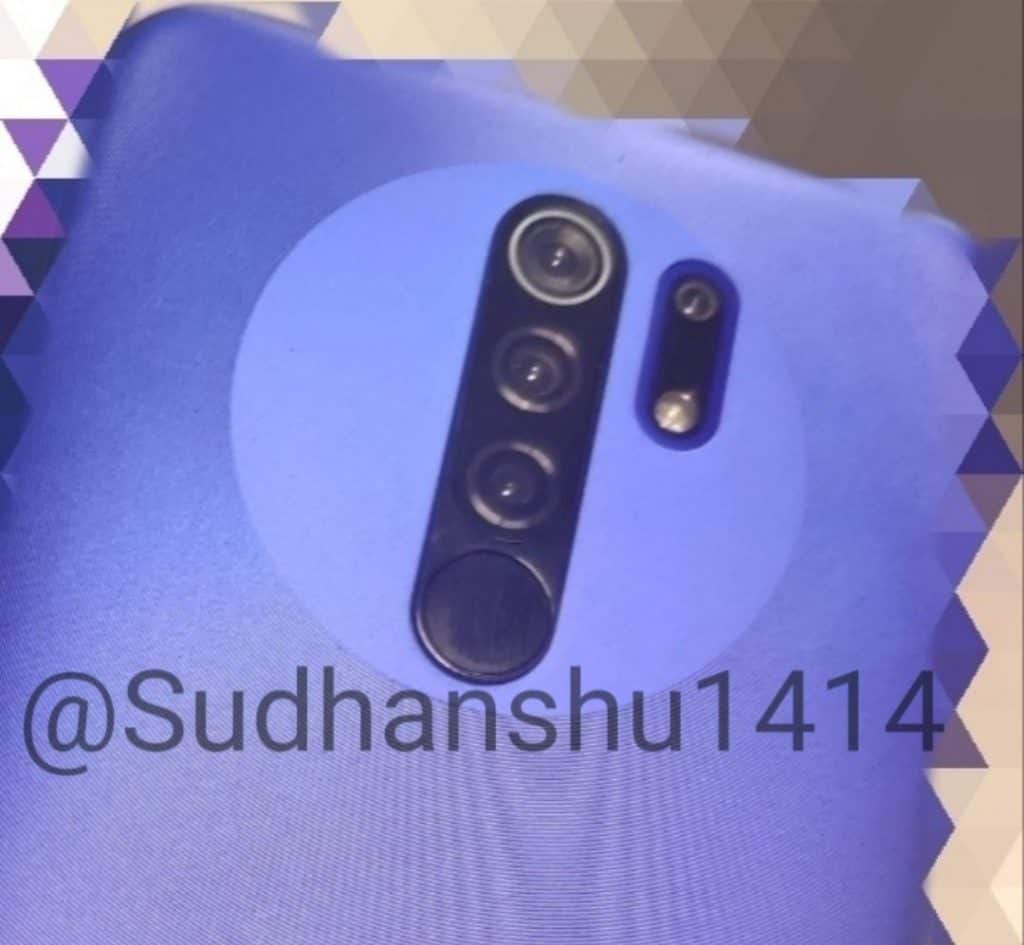 Under the hood, the unreleased phone will boast MediaTek’s Helio G80 SoC. It’s the very same chip found in the recently released Realme 6i. It’s a gaming-centric processor that comes at a very affordable price tag. The phone configuration should start with a variant featuring 3GB of RAM and 32GB of Internal Storage with microSD expansion. This smartphone starting price should sit around $100 to $120. We also expect a 5,000mAh battery with 10W fast-charging from its predecessor.

The leak states that the Redmi 9 will be available in Purple and Green color options. As we said before, take this leak with a pinch or two of salt. After all, it could be pretty much just a photoshop product. If it is accurate we will know soon enough.

Next Mi 9 Pro 5G finally is getting Android 10 update