Samsung’s Galaxy M11 has gone official today. It comes after Galaxy M31 which is a relatively higher-placed product in the series while the Galaxy M10s successor caters to the more affordable under Rs 10,000 category. It packs some decent hardware for a low-end Android phone such as a triple rear cameras setup and a modern hole-punch display. To be precise, the handset has only been listed on the Samsung UAE website as of now and there are no prices yet. It’s model number is SM-M115F and comes in Black, Metallic Blue, and Violet colour options.

Coming to detailed specifications, the smartphone packs a 6.4-inch HD+ (720 x 1560 pixels) display while the processor identity is still kept under wraps. All we can say is that it is an octa-core CPU clocked at 1.8GHz. However, if  Google Play Console listing  is any indication, the chipset in question is the Qualcomm Snapdragon 450. One of the key highlights is the 5,000mAh battery that will be aided by a 15W fast charger which is a nice upgrade. 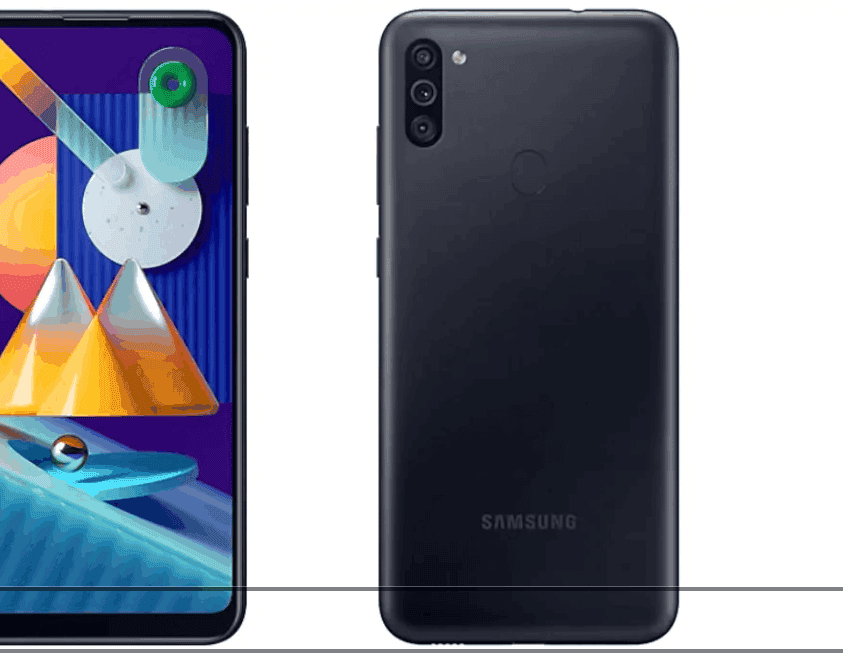 In terms of cameras, there’s a triple camera setup headlined by a 13MP main snapper with an f/1.8 aperture accompanied by a 2MP depth sensor with an f/2.4 aperture, and a 5MP wide-angle camera with an f/2.2 aperture. The Galaxy M11 offers 32GB of onboard storage that is further expandable via a microSD card (up to 512GB). Connectivity on the phone is handled by a 4G, Wi-Fi 802.11 b/g/n, Bluetooth 4.2, GPS, Glonass, Beidou, and Galileo.