Today, Huawei held an online communication conference to explain WiFi 6+ technology. At the same time, it released two routers that support this technology.

WiFi 6+ technology was launched at the Huawei terminal product conference held in February this year. By the way, the HUAWEI P40 series supports WiFi 6 Plus technology as well. 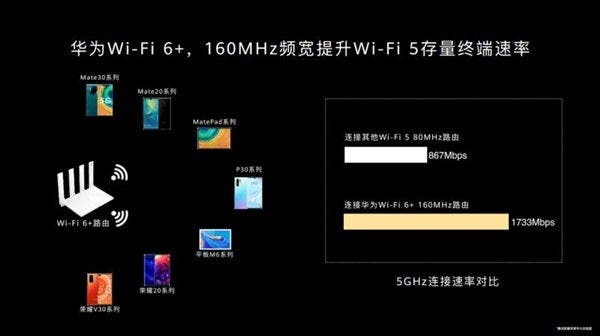 WiFi has gone through 5 generations of iterations since 1999. WiFi has become an important way for smartphones to connect, and there are more and more home WiFi devices. Huawei has accumulated 9 years of technology in the WiFi field. Through continuous testing and adjustment, Huawei has finally reached the optimality of the WiFi signal.

Now Huawei has launched the world’s first complete Wi-Fi 6+ solution. One of them is the Lingxiao 650 chip for the router end, and the other is the Kirin W650 chip for the mobile end. According to the manufacturer, dynamic narrowband technology can dynamically adjust the bandwidth in Wi-Fi weak signal scenarios. 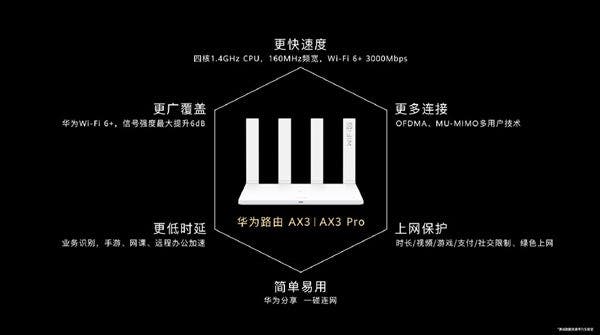 According to the official, Huawei Wi-Fi 6+ supports automatic on-demand fragmentation of messages in narrowband mode (derived from the collaboration between the Lingxiao chip). It can ensure stable operation in the 2MHz mode (the smartphone transmit signal strength can increase by up to 6dB). In this way, the router’s coverage of Huawei WiFi 6 smartphones has been enhanced, allowing Huawei WiFi 6 phones to pass through an additional wall of signals.

Both routers are equipped with Huawei’s self-developed Lingxiao 650 quad-core 1.4GHz processor. The main difference is that the AX3 is equipped with two independent signal amplifiers, and the AX3 Pro uses a 2.4GHz / 5GHz amplifier (four in total). In addition, the AX3 Pro also supports one-touch networking. So turning on the NFC function of the smartphone and tapping the router’s NFC area will ensure a fast and secret-free connection.

The wireless speed of Huawei AX3 series routers can reach 3000Mbps, and it supports a bandwidth of 160MHz.

Next China Has Shipped Over 26 Million 5G Smartphone Products