Though many users recognize smartphone brands due to their top-end models or the so-called annual flagships, obviously, those brands design and sell products in other categories as well. In this sense, the Samsung Galaxy S series handsets are what the South Korean company boasts of. But it has less-popular model lines that ship in millions. Among them, we should mention the F series handsets. And the upcoming Samsung Galaxy F42 5G is going to be no exception.

This phone has managed to appear in various leaks before. From them, we learned that under the hood, the Samsung Galaxy F42 5G will sport the Qualcomm Snapdragon 750G processor, 6GB/8GB+128GB storage combination, and a rear 48MP quad-camera. As for now, SamMobile reported that this phone had passed an international organization certification. The latter confirms that it does not support WiFi 6, but supports 5G mobile networks.

The back cover of this phone uses a four-color gradient design, and the cameras are arranged in a square frame. The phone uses a Super AMOLED screen with a 720×1600 resolution. Inside, the phone also carries a relatively-large 5000mAh battery, which supports 15W fast charging. It weighs 193g. the source said that the Samsung Galaxy F42 5G will be very similar to the Galaxy M42 5G previously released internationally. So we can expect a price tag in the ballpark of $300.

As the Samsung Galaxy F42 5G is going to be the modified version of the M42, it’s useful to recall key features of the latter. The Samsung Galaxy M42 5G comes with a 6.6-inch Infinity-U AMOLED screen with a resolution of 1600×720 pixels. In the drop-shaped notch, it hosts a 20MP selfie shooter.

Like our protagonist, under the hood, the phone carries the Snapdragon 750G, which works in conjunction with 6/8 GB of RAM. It also has a 128GB flash drive and runs Android 11 operating system with One UI 3.1 user interface. The battery capacity is identical with the one above. 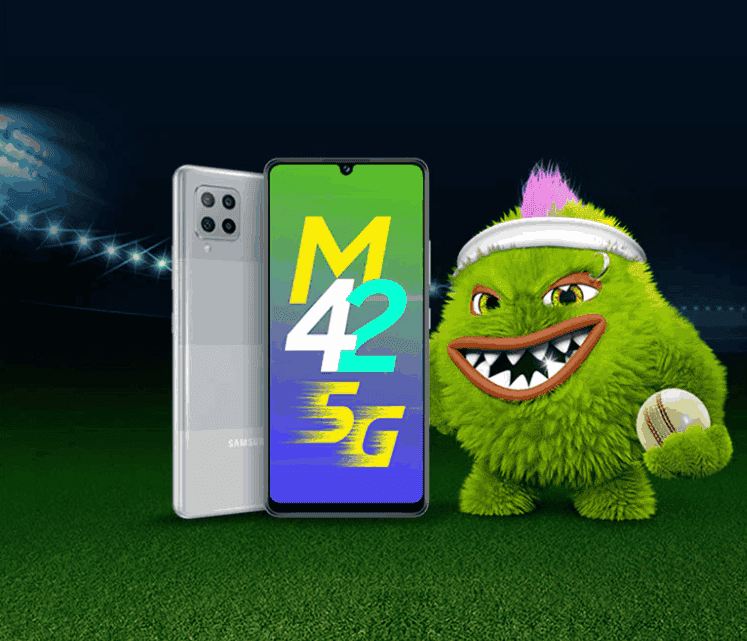 The rear camera has four sensors. The main module has a 48-megapixel resolution and an aperture of f/1.8. There is an 8-megapixel wide-angle lens with a viewing angle of 119 degrees. The rest two sensors have 5-megapixel resolution. They are responsible for macro photography and depth analysis.