Since the official confirmation that Redmi will release the Redmi Note 10 on May 26th, the company has been releasing teasers for this smartphone series. The latest of these teasers is coming from Xiaomi’s CEO, Lei Jun. According to the poster, the Redmi Note 10 will still come with the “infrared remote control” feature. With the “infrared remote control”  feature, users can get access to the air conditioner, TV, set-top box, from the phone. 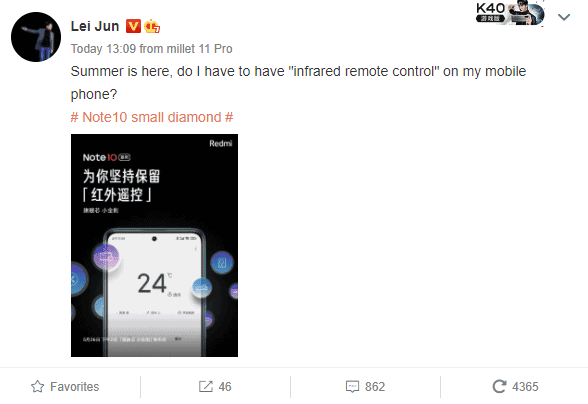 According to Redmi, the Note 10 series will use a flagship core (flagship large core architecture) and a flagship process. It will offer users a flagship high frame rate and a high-quality game experience. 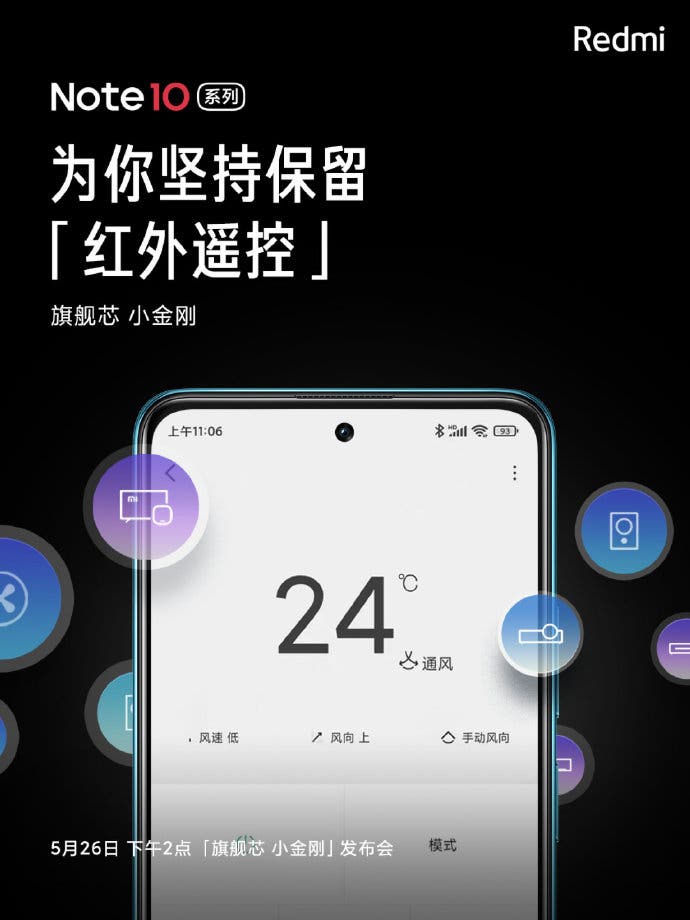 Just yesterday, there were a series of teasers of the Redmi Note 10 series. Amongst other things, the company revealed information on the smartphone’s cooling, weight, and performance. Redmi claims that the Redmi Note 10 series will weigh only 193 g. For the company, this is an “ultra-lightweight” but considering that we have seen flagship with much lower weights, we can not be too sure. Nevertheless, a battery above 5000 mAh capacity will justify the weight of this device. Anything less than 5000 mAh, we may want to just call it “lightweight” and remove the “ultra”.

Still, on the heat dissipation, a teaser shows that this device uses “quadruple heat dissipation materials” simultaneously. The four materials are VC, graphite, thermal gel, and copper foil. Heat can be dissipated from all sides and the entire body of the smartphone. Due to the distribution of the heat, no part of the device will have high temperatures. With respect to performance, Redmi said that the dual-channel UFS 3.1 storage greatly improves the performance of this device. Furthermore, the camera, game, and daily operation are also faster. The sequential read speed is 1801 MB/s, and the sequential write can reach 1292 MB/s. This smartphone will have four colours including blue, grey, silver and green.