In addition to the upcoming Galaxy Tab S7 Lite tablet, Samsung will also release an entry-level tablet, Galaxy Tab A7 Lite. The full specification of this device is already in the public domain. However, the latest leak of this device is on its design and appearance. As we can see from the images, the tablet comes with a 3.5 mm headphone jack. This is a feature that many users will like. There are also speaker openings but we can not tell if there is another speaker on top. Furthermore, this tablet appears to have a rounded border, which is different from the right-angle edges of the S7 Lite. In addition, we can see from the image that the Samsung Galaxy Tab A7 Lite only one rear camera. There is also a center front camera in its quite thick bezel. 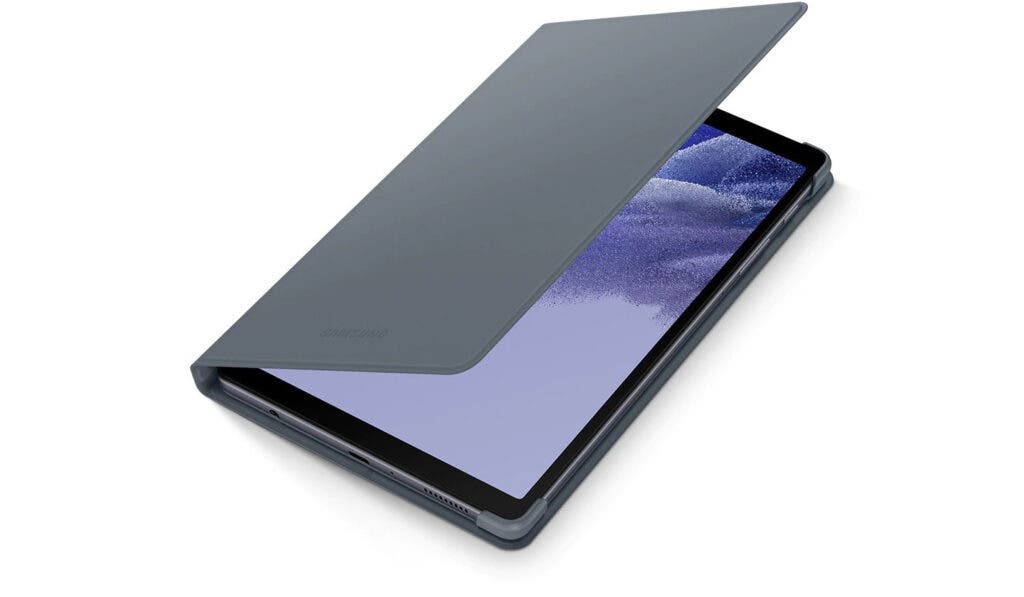 According to previous reports, this tablet will use an 8.7-inch display with a resolution of 1340 × 800. The front camera will be a 2MP sensor which is quite poor. Furthermore, Google Console reveals that this device will use a MediaTek Helio P22T processor with 3GB of RAM. It will have both WiFi and LTE versions and the battery will be 5100 mAh. 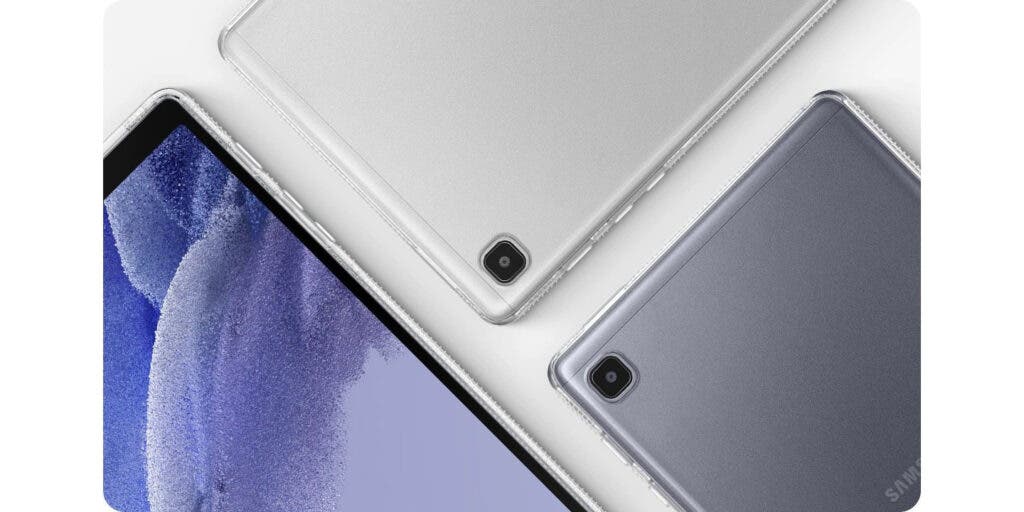 Some weeks ago, the Samsung Galaxy Tab A7 Lite appeared on TENAA. According to the listing, this device (SM-T225C) will come with an 8.68-inch LCD display with a resolution of 1340 x 800 pixels. This is a few inches (0.02) smaller than the speculated 8.7-inch display. The bezels on all sizes are quite huge and the right side serves as a home for the power button and volume rocker.

In addition to the 3GB of RAM, this device will also have a 4GB of RAM version. For the storage capacity, TENAA’s listing shows that it will have 64GB of storage. However, the storage will be expandable via a microSD card. Under the hood, TENAA’s listing is as good as the speculations so far – Helio P22T SoC.  The tablet runs Android 11 straight out of the box. That’s not a big surprise but still is a surprise. After all, not all companies working with old MediaTek chips manage to bring them to newer Android versions. That said the device comes with One UI 3.1 on top.

The battery specs say it uses a 5100mAh battery that supports 15W charging. On the rear, the single-camera is an 8MP sensor. Thus, if you plan to get this device for images, you may want to think again. The dimensions of this tablet are 212.4 x 124.7 x 8mm and it weighs 300 grams. As for its launch date, the rumors so far suggest that it will arrive in June.