Earlier this week, there were reports that Samsung’s Galaxy smartwatch series will abandon Samsung’s own Tizen OS. The report claims that Samsung’s smartwatches will now use Google’s Wear OS instead. The company claims that it is taking this decision to improve the compatibility of the watch with third-party applications. 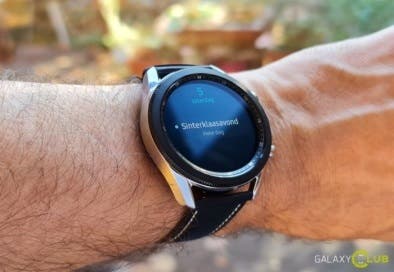 As Samsung’s Tizen OS is also widely used in Samsung’s smart TVs, there have been questions regarding the company’s plan for the system on TVs. However, Samsung officially responded that it will not abandon Tizen OS on its TVs. Simply put, the partnership between Google and Samsung only revolves around smartwatches. The cooperation has nothing to do with Tizen OS on Samsung TVs. A Samsung spokesperson said, ” Tizen is still the default platform for our future smart TVs .”

Samsung’s report shows that in 2020, the brand’s smart TV sales accounted for 31.8% of the global market. The company continues to maintain its position as the world’s largest TV brand for 15 consecutive years. As of the end of 2020, 12.7% of smart TVs worldwide are equipped with Samsung’s Tizen OS. This system is currently the most widely used smart TV operating system. Thus, Samsung has no reason to ditch the Tizen OS for its smart TVs. If anything, other companies will adopt the system for their product due to app compatibility.

At the same time, Google recently revealed that there are currently more than 80 million devices equipped with the Android TV system in the world. Nevertheless, this is still a far cry from Samsung’s Tizen OS with 155 million units.

The development of an entire operating system from the scratch is in no way an easy task. In fact, developing the system is the easy part, getting developers to make apps for the system is a difficult task. The TizenOS has been around for a while but it has never really been successful. Samsung released a couple of smartphones with this system. However, they were never noticed in the smartphone market. The lack of applications is one of the major issues for this operating system. The company had to abandon its TizenOS for smartphones a few years back. For Samsung’s wearables, the situation is the same. The lack of third-party apps seems to be the major reason why Samsung will go back to Google. However, we expect Samsung to have its own tweaks on the system for much better performance.