If there is an interesting thing about Apple users, it should be their loyalty. This is usually the case with Apple products, they don’t quickly go obsolete. According to a recent report, the 2011 Apple iPad 2 is now officially obsolete worldwide. This device paid its dues and it was the second-generation iPad launched by Steve Jobs in March 2011. 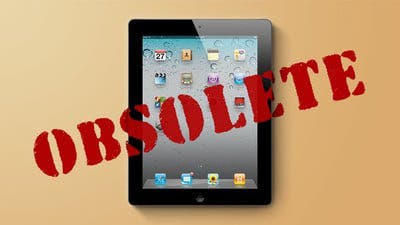 Less than a year after the launch of the first-generation iPad, the release of the second-generation iPad marked a breakthrough in the product line and laid the foundation for the next few years. Apple added the iPad 2 to its “vintage and obsolete” product list in May 2019. At that time, the product was “obsolete” in all countries except the United States and Turkey. However, Apple updated the list yesterday, adding the Apple iPad 2 to the official obsolete list. This is because the product is now officially obsolete worldwide.

The second-generation iPad adopts a design that is 33% thinner than the first-generation iPad. The Apple iPad 2 also brought “new” features including a front camera for FaceTime calls, a gyroscope, and an updated dual-core A5 processor. Its speed is twice that of the original iPad, and its graphics processing speed is up to 9 times faster. The Apple iPad 2 till its “death” was sold in white and black colours.

Apple classifies products that have been discontinued for at least seven years as “obsolete”. This means that they cannot obtain any hardware services from Apple or its service providers.

Over the years, there have been significant improvements to the iPad lineup. The latest iPad Pro is nothing like the 10-years old Apple iPad 2. This device (iPad Pro 2021) comes with the Apple M1 chip and it uses a 12.9-inch screen which is a brand-new Liquid retina XDR display. Apple claims that this new display offers more details for high-performance HDR workflows. This device hit the shelves yesterday alongside a couple of accessories including the Magic Keyboard. The new keyboard is available in white, with backlit buttons, a built-in touchpad, a free-angle adjustment function, and a floating design.

In terms of performance, Apple is quite confident in the speed of this device. The company claims that it offers faster 5G speeds. The company said that “with 5G available on iPad Pro, customers on the go can do even more with better performance and access to next-generation download and upload speeds — great for higher-quality video streaming, real-time collaboration, or FaceTime in high definition”.