In a couple of days, VIVO’s sub-brand will release a flagship (or pseudo-flagship if you wish) phone in face of the iQOO Neo 5 Vitality Edition (aka Active Version). We can it a pseudo-flagship phone because instead of the Qualcomm Snapdragon 888 mobile platform, it will come with the Snapdragon 870 chip. As you know, the latter inherits many features and functions of the former chip but costs less. Moreover, our protagonist will also use a UFS 3.1 storage solution, which can be mainly found on flagship smartphones. And at last, the trinity includes a PDDR5 memory. Also, it boasts of a memory fusion technology, which able to expand part of the storage into running memory. Today, the phone appeared on GeekBench, showing its power. 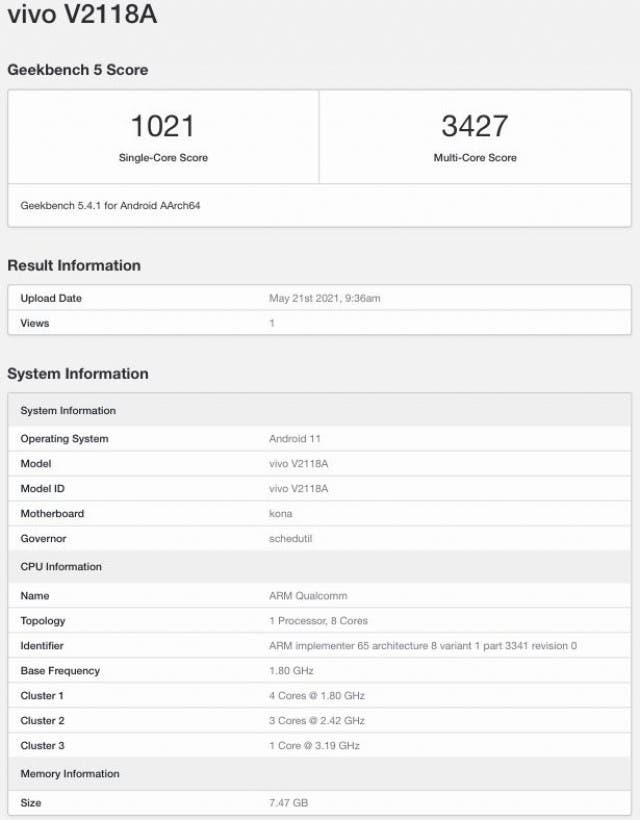 However, this is not everything we know about this phone. The previous leaks and official posters revealed that the iQOO Neo 5 Vitality Edition will come with a 4500mAh battery and support up to 44W fast charging. Though this is not the fastest charging option (there are phones supporting 120W fast charging), 44W is sufficient to fill the battery with energy in a short period of time.

On the front, the iQOO Neo 5 Vitality Edition should sport the same 6.62-inch Samsung E3 material OLED screen as the original model. The latter had a peak brightness of 1300nit, a refresh rate of 120Hz, a touch report rate of 300Hz, and an instantaneous touch sampling rate of 1000Hz. Thus, we are dealing with another non-genuine-flagship smartphone that comes with an outstanding display.

At last, the official promo posters have managed to showcase the appearance of the upcoming iQOO Neo 5 Vitality Edition smartphone. The manufacturer said that the handset will offer two new vitality colors: polar night black and ice peak white. The posters show that the phone will inherit the previous family-style design. The opening for the selfie shooter is at the upper right corner of the screen. Plus, the device carries a triple-camera, of which the sensors are arranged vertically.