The Snapdragon 685 was one of the first chips supporting WiFi 6 technology. So when it began appearing on various products last year, this technology became much popular. Currently, there are myriads of wireless routers that support Wi-Fi 6. And now, we are waiting for the next technology that ought to be called Wi-Fi 7. Today, we learned that three giants – Qualcomm, Broadcom, and MediaTek – are already developing related chips. But we shouldn’t wait for this technology to be widely used very soon. As Qualcomm proves, it will take 2-3 years to come out.

Recently, Qualcomm’s vice president Rahul Patel pointed out that Qualcomm has had mature production in the WiFi 6 product line in the past two years, including smartphones, PCs and routers. The product line is very wide. At the same time, the WiFi 6E has been produced since the second half of last year.

Qualcomm is already conducting research and development on WiFi 7. As they predict, the network speed will be doubled compared to Wi-Fi 6. 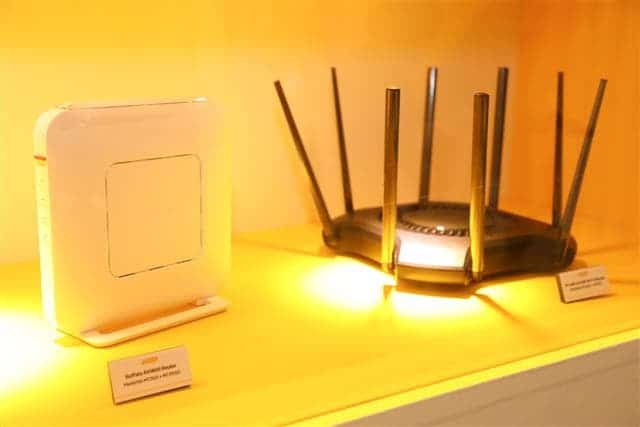 In addition, WiFi 7 can also combine multiple spectrums, and will also provide a higher quality experience. But again, no need to think this technology will become widely available soon.

Apart from Qualcomm, network chip manufacturers such as Broadcom and MediaTek are also actively developing WiFi 7 chips. In this year’s shareholder report, the manufacturer said that it had begun to actively invest in the next generation of WiFi 7. The battlefield extends from smartphones, PCs, and WiFi all the way to infinity. For the overall mobile communications industry, it is undoubtedly a healthy competition.

By the way, the WiFi 7 is very likely to be the commercial name of the future 802.11be standard. Compared with the 8 data streams of WiFi 6, WiFi 7 will support 16 data streams as well as CMU-MIMO technology. Among them, C stands for Coordinated, which means that 16 data streams may not be provided by one access point, but by multiple access points at the same time.

Secondly, WiFi 7 also introduces a new 6GHz frequency band. Three frequency bands will work simultaneously and will expand the width of a single channel from WiFi 6’s 160MHz to 320MHz.

WiFi 7 will also upgrade the signal modulation method to 4096QAM to have a larger data capacity. So the final speed can reach 30Gbps, which is three times the current WiFi 6 network speed of 9.6Gbps.