After recent teasers, Realme confirmed today the availability of three new smartphones in the old continent. Namely, Realme 6, 6i and C3, the three mid-range contenders are now available in Europe. Pre-orders can already be made, but the shipments will start on April 16. Customers interested in any of the three devices can purchase it via Realme.com or Amazon. 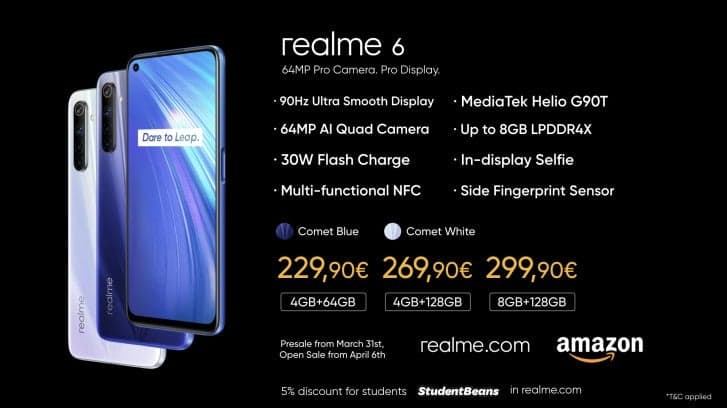 Under the hood, the Realme 6 boasts a MediaTek Helio G90T SoC with up to 8GB of RAM. There’s a 64MP AI Quad-Camera setup on the rear. On the front, we have a punch-hole display with a 90Hz refresh rate. Other features include NFC, Side-Mounted Fingerprint scanner and 30W flash-charging.

The Realme 6 will be available from April 6 and you can get the 4GB RAM / 64GB storage variant for €230. Besides it, there’s another variant with 4GB and 128GB for €270. If none of them is enough for you, there’s still a third option with whopping 8GB of RAM and 128GB of storage. This one sells for €300. Take in mind that the price will vary according to each country. In Spain, the vanilla Realme 6 is being offered for €220. 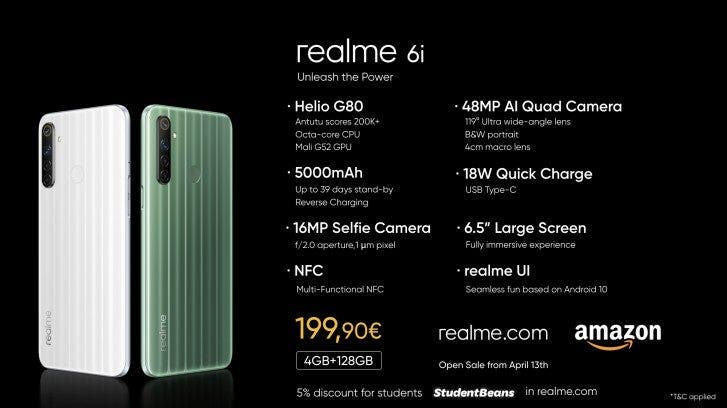 The Realme 6i runs with the MediaTek’s Helio G80 SoC. There’s a 48MP AI quad-camera with Ultra-Wide, Portrait and Macro lens. The handset has a 16MP selfie snapper and a large 6.5-inch display. Other features include NFC, Android 10 and a massive 5,000mAh battery with support for reverse charging.

The handset is available in 4GB of RAM and 128GB of internal storage and retails for €200. 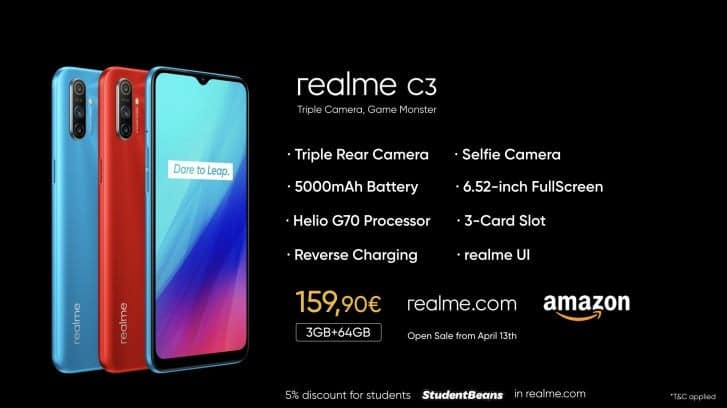 The Realme C3 is one of the best value for money offerings coming from the Chinese firm. It’s a low-end device that delivers more than some mid-rangers in the market. It comes with MediaTek’s Helio G70 SoC and has a triple-rear camera. On the front, we have a 6.52-inch notched display. The phone also includes Android 10 and Realme UI with a 5,000mAh running the shop. There’s also a triple slot for Dual-SIM + microSD card. The only drawback is the dated micro USB port.

The availability includes Spain, Russia, the UK, Italy and some other countries in Europe. Unfortunately, the Realme 6 Pro is nowhere to be found. Perhaps, Realme will launch it later.