According to German news site – WinFuture, Samsung is apparently planning to launch a new pair of true wireless headphones following the Samsung Galaxy Buds+ released back in February along with the new Samsung Galaxy S20 series. 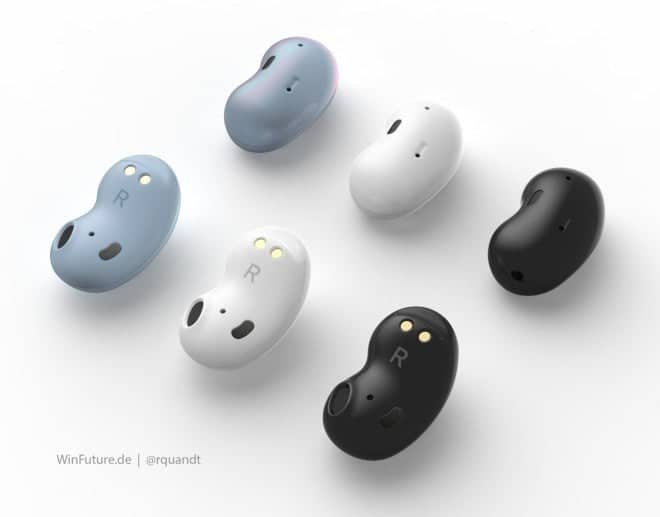 The Korean tech giant would already be in a quite advanced part of the development process. Very much so that we happen to have the first renders out in the wild already. Always according to the leak, the new Galaxy Buds wireless earphones will adopt a totally different design from what we’re accustomed to see from Samsung; or any other company from that matter.

The upcoming earphones do apparently come with the codename “Beans” and that really isn’t a random choice. The earphones do indeed adopt a bean-like shape. They also appear to be quite big as compared to the Galaxy Buds+ and they now use a more open ear design as opposed to the in-ear design we find on the current wireless earphones by Samsung.

These bean-shaped earbuds should then sit inside our ear lobes, although we have no way of knowing whether they will be as firm are more ordinarily shaped earphones. Additionally, the open ear design should also worsen the usual noise reduction you get from an in-ear type device. 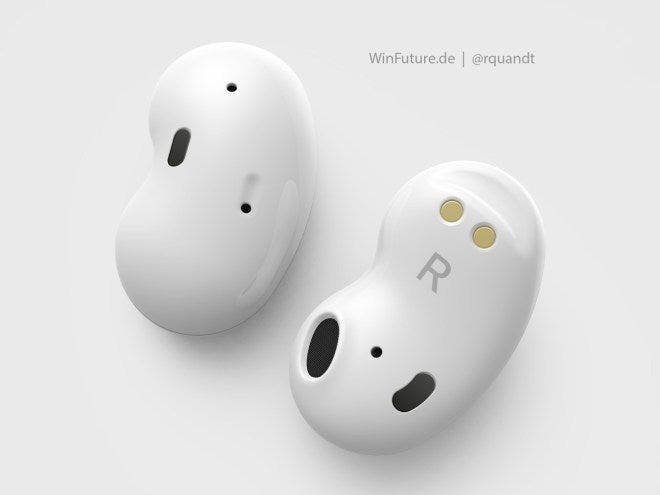 As for the sound quality, the dual speaker setup should be similar to the one on the Samsung Galaxy Buds+. This means we have two sound units for treble and bass, thus improving the overall quality at high volume. Battery life could also benefit greatly from the larger size; allowing the brand to pack much larger batteries for a change.

Other features should include a three-microphone array which would help in noise cancelling during voice calls. While we are still uncertain whether the Samsung Galaxy Buds “Beans” will feature active noise cancellation or not.

What do you guys think about these renders? Do you like the design? Let us know down below!