Today, OPPO Acoustics Officer released a new poster. Тhe poster copy is: ‘Listen, it is here.’ According to speculation, this is likely to be OPPO’s first smart speaker.

In fact, OPPO’s IoT layout changes frequently. Since the release of the OPPO Watch smartwatch in March, new smart speaker products are going to be launched in April to accelerate the development of IoT strategic layout.

As a member of the IoT ecosystem, OPPO’s first smart speaker must also be equipped with the Breeno voice assistant, making it more expressive. Similar to the OPPO Watch, it may be possible to wake up the speaker for interactive operation with only ‘Hey, Breeno’ voice command. 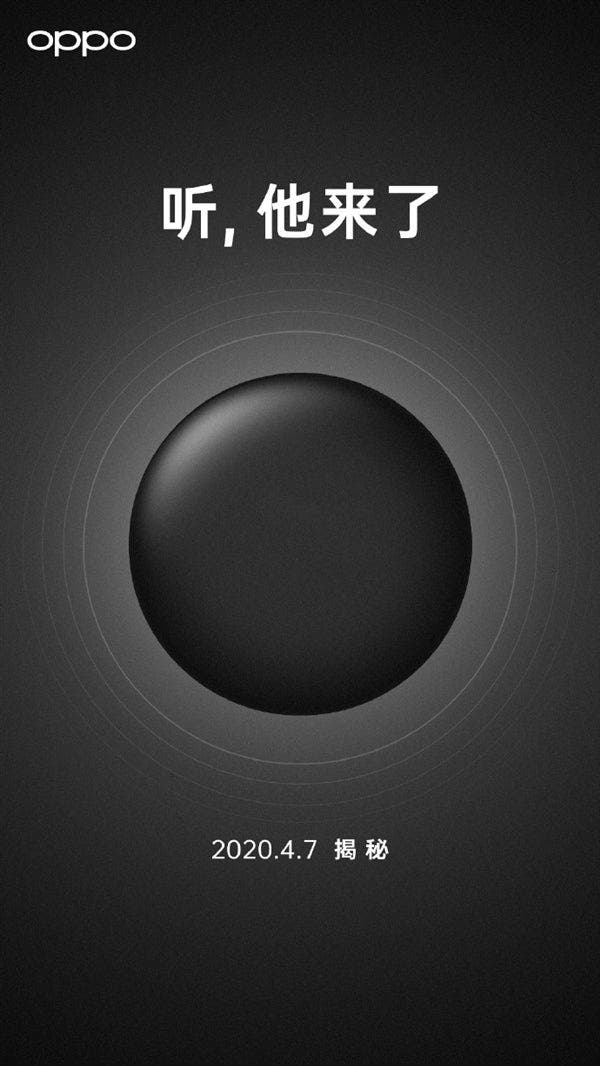 In addition, the new products on the poster are full of suspense. Although the poster displays only a part of the black round appearance, we can guess the new OPPO speaker should be quite textured.

The poster also shows that the new product will come on April 7.

In this sense, OPPO has already made its move. So we are waiting or other top brands.

Next Huawei/Honor is preparing a smartphone with 55x zoom