Microsoft and Sony are preparing their next-generation gaming consoles and there is already a tussle on which is better. The official specs of these consoles are already public and on paper, the Xbox Series X is ahead. However, at this point where we don’t have direct access to the consoles, developers’ comments are quite important. The latest comment from Crytek engineer, Ali Salehi, will definitely spark a debate. 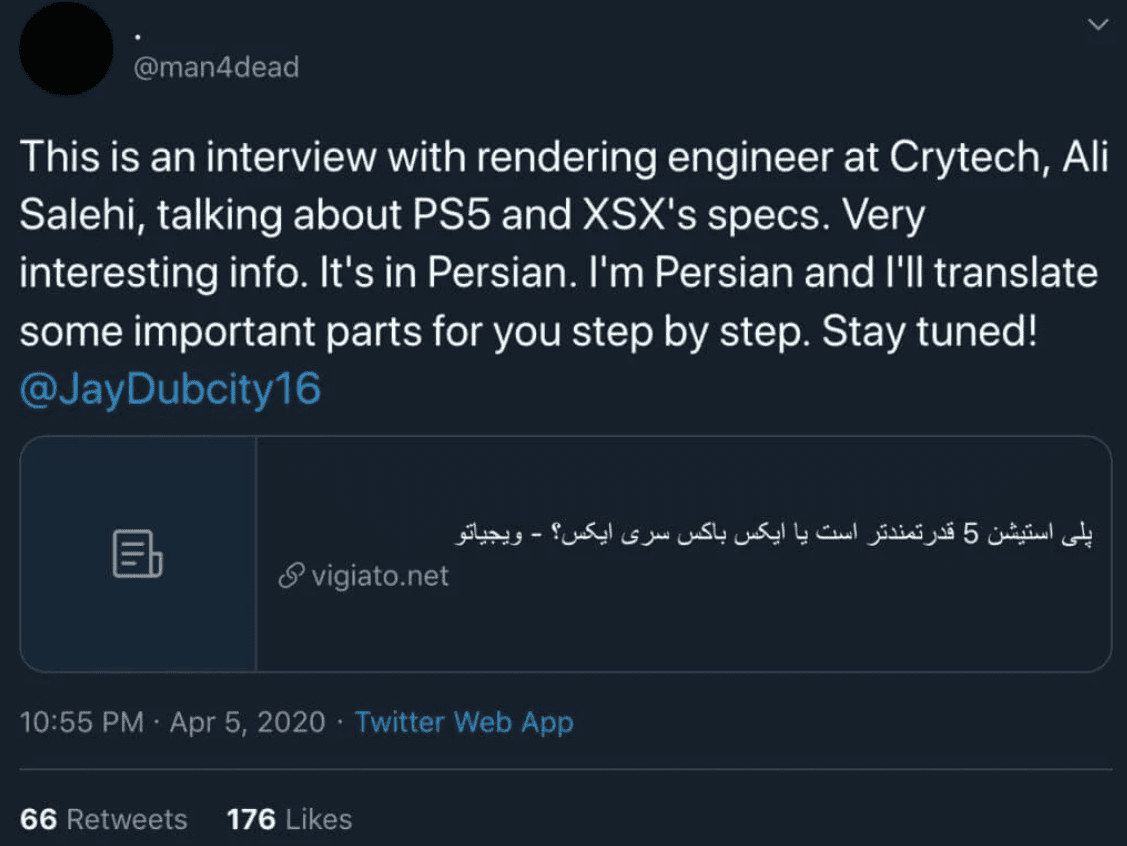 To summarize his interview, Salehi said that it is easier to work on the PS5 than on the Xbox Series X. However, some translate his statement to mean “the PS5 is better than Xbox Series X”. This is a bit more direct and we will not want to use that phrase. Interestingly, Salehi acknowledges Xbox Series X superior power but says that the console may struggle to maximize its full potential.

See his words below

“The developers are saying PS5 is the easiest console they have ever coded on to reach its peak performance. Software-wise, coding for PS5 is extremely simple and has so many abilities that make the devs so free. Overall, I can say PS5 is a better console.

The GPU may have 20 different parts. CUs are just one part of it. They do the processings. Meanwhile, IF all the other parts are in their best condition, not being limited, without memory bottlenecks, and the CUs get as much as the data they need in a second, Then the CUs are capable of doing 12T floating-point operations in a second. So in an ideal world where we remove all limits, it’s possible. But in reality, it’s just NOT.

A good example of Xbox Series X hardware is its RAM. Microsoft has made the RAM two parts. The same mistake they made with Xbox One. One part of RAM has high bandwidth, and the other is low. And definitely coding for this could be a little challenging. Because the total amount of things we want to put in the fast part is so much that it may cause problems. And if we want to support 4k it will be another whole story. So there will be somethings that will hold the GPU off.

The main difference is that CUs frequencies in PS5 is a lot more and work at higher frequencies. Raising the clock speed has some benefits like in memory, rasterizer, and every other part of the GPU that its efficiency depends on clock speed, things that’s not related to CU count or Tflops, will work faster too. So the remaining parts of the GPU will work better Than XSX. This will make the console work mostly on the 10.28 Tflops. But in XSX, since the other parts of the GPU work slower due to the lower clock speed, it actually works a lot at lower Tflops most often and reaches 12 only at ideal situations”.

Next VideoProc - the ultimate tool for editing and converting large videos