After completing its schedule with the high-end Oppo Find X2 series, Oppo is once again moving it focus to the Reno lineup. This month, the company will reveal a new smartphone dubbed Reno Ace 2. The event will happen on April 13 and apparently, the smartphone won’t be the only new product debuting in that date. Today, a new Oppo 40W AirVOOC wireless charger was certified by the Wireless Power Consortium (WPC) confirms the company’s plans of introducing a new 40W wireless charging. 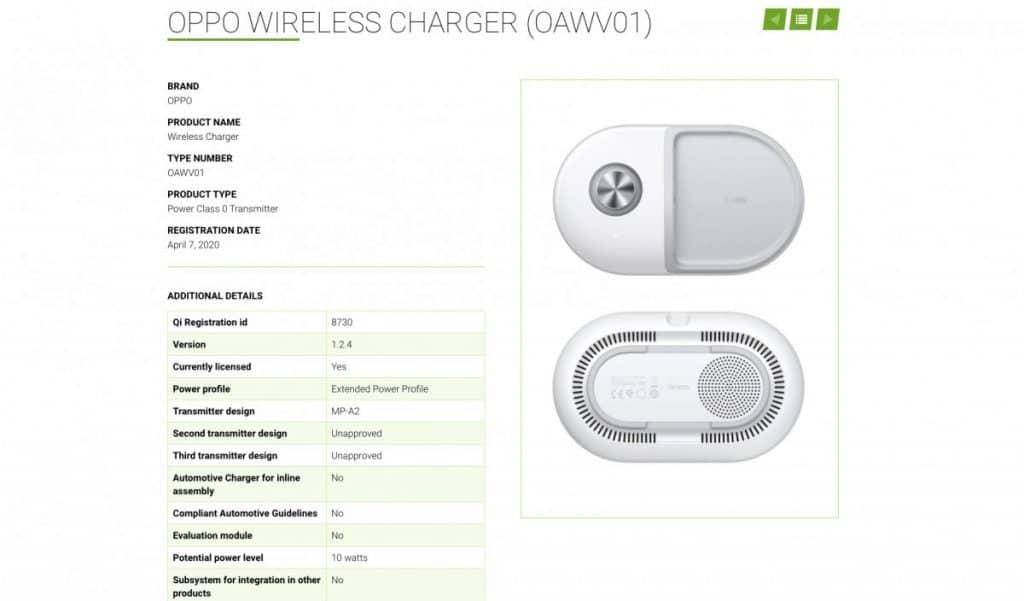 Things are even more interesting when rumors indicate that the Oppo Reno Ace 2 will support 40W wireless charging and 65W wired charger. The company could launch the new wireless charger along with the smartphone as one product will serve as a marketing bridge for the other. The new wireless charger uses the Qi standard and has a white and grey design with a tray for placing the smartphone on the right. Moving to the left, it seems to have a spinning fan to help dissipate heat. On the bottom part, there are several air vents to keep things cool. The official specifications mention 65W max output, but that’s likely through a plugged-in cable instead of the wireless method. In the end, this is a 40W wireless charger which seems to be adequate enough. After all, it’s far more than some companies are offering through wired connections.

Unfortunately, there are still no details about Oppo 40W AirVOOC pricing and availability. But we’ll know more soon enough.

Next Forza Street gets a date to reach Android and iOS