Chinese manufacturing giant, Huawei, is at the forefront of development in the smartphone industry. However, its tablet market is not as great as its smartphone business. Nevertheless, it is still releasing tablets and its recent MediaPad M6 did not do badly. Huawei is now getting set to unveil the MediaPad M6 successor, MediaPad M7. Interestingly, at the launch conference of Huawei Smart Screen X65 yesterday, the Huawei MediaPad M7 tablet made a surprise appearance. The images show that this tablet may come with a punch-hole camera. 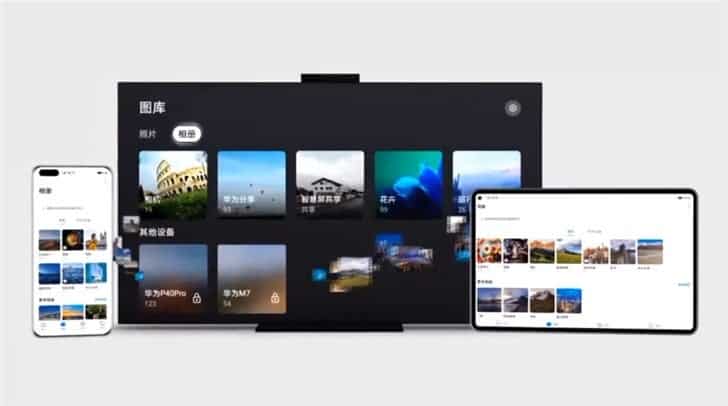 As shown in the figure, the screen of the Huawei Smart Screen X65 is connected to two products – the Huawei P40 Pro and Huawei MediaPad M7. The tablet with a clear punch-hole display on the right should be the MediaPad M7. This is interesting because the punch-hole display is a “smartphone technology” for now. It appears that Huawei will use this feature on a tablet. 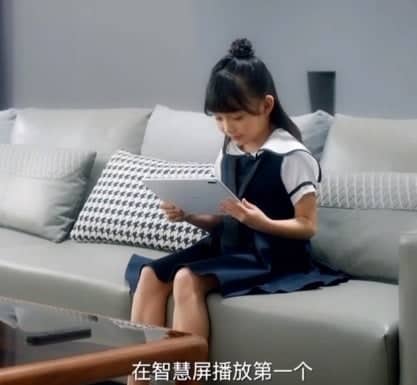 However, there is one thing that seems strange. The need for a punch-hole camera becomes necessary if the bezels are ultra-thin and can not accommodate a camera sensor. The Huawei MediaPad M7 comes with a pretty thin bezel on all sides. However, it is quite thick for a device with a punch-hole camera. 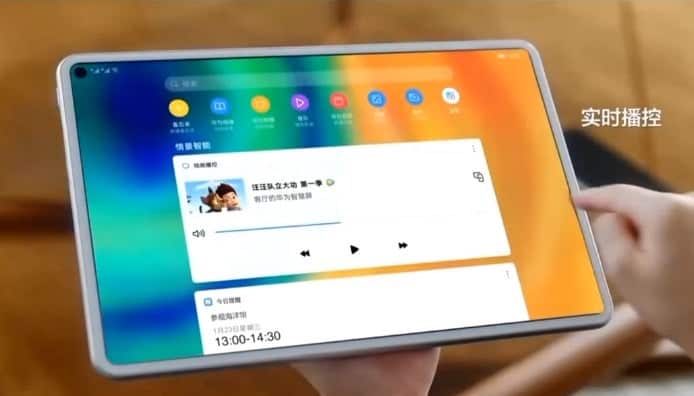 At the Huawei MatePad product launch conference in November last year, Huawei Consumer Business CEO and Huawei Executive Director, Yu Chengdong, officially released the Huawei MatePad Pro. This is Huawei’s flagship tablet lineup. Huawei MatePad Pro uses a 2K QHD high-resolution screen with a 16:10 aspect ratio. It also comes with a DCI-P3 colour gamut coverage, PPI of 280, and a contrast ratio of 1500: 1. It has the certification by TÜV Rheinland for low blue light. As of now, we can not tell whether the MediaPad M7 will come with similar features. What do you think about Huawei’s latest tablet? Is the punch-hole camera a worthy feature? Let us know your thoughts in the comment section below